← Links for urbanists – No. 4
Why is Acland St becoming “Chadstone by the Bay”? →

Is “per passenger km” the right metric for comparing modes? 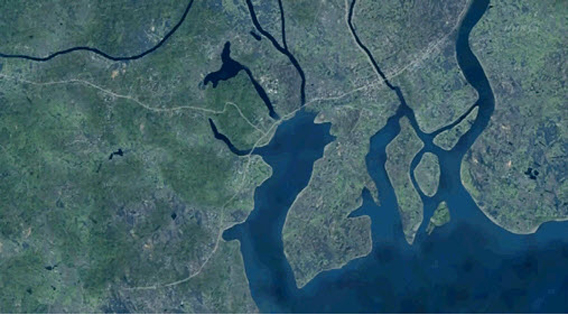 It might seem intuitively obvious that any comparisons between cars and public transport should be on a “per kilometre” basis. After all, as Steven Smith at Market Urbanism points out, “people take trips of varying length, and longer trips are more expensive than shorter trips, so the desire to standardize and compare makes us want to simply divide the trips by their length and call it even”.

However here are four observers of the US transport and planning scene who all say the concept of comparing transport modes on a per mile basis (or more correctly, per passenger mile basis) is deeply flawed. Steven Smith says both supporters and opponents of light rail use per passenger mile costs and subsidies to justify their positions, but the problem is that the purpose of transit is not to travel long distances:

These are not pleasure travellers trying to get as far from home as possible, but rather commuters trying to get to wherever their jobs and schools are located. But the distance to this “somewhere” is not a variable to be held constant – it actually varies with population and job density, which is highly correlated with mode of transit. Places with train lines generally have and allow for denser development and thus less distance between your house and your workplace or school – the difference in average commute distance between urban and exurban areas could be as much as an order of magnitude.

Michael Lewin reckons per passenger mile comparisons are flawed because they assume that trips involve the same mileage on any mode. However in the real world our choice, he says, is not between a city with a 20 mile bus commute and one with a 20 mile car commute:

Rather, our choice is: do we want to make cities more compact, thus increasing the number of short commutes (some of which will typically involve transit, for the reasons stated above) or do we want to create a relatively spread-out city with lots of long commutes (most of which will usually be by car)?

In the compact city, fewer passenger-miles will be travelled, which means that all the negative externalities of travel (e.g. pollution, collisions, public costs) will be lower. And because people will be somewhat more likely to use transit and carpool, both cars and transit vehicles will be more fuel-efficient, because cars and buses are more fuel-efficient when they have more passengers. By contrast, in the car-oriented, spread-out city, both car and transit commutes will typically be longer, and both cars and buses will have fewer passengers.

Alon Levy at Pedestrian Observations is annoyed that subsidies for roads look much lower when they’re divided by the appropriate number of trillions and expressed in terms of passenger miles of travel. He says:

Passenger miles don’t vote. They’re not a unit of deservedness of subsidy. They’re one unit of transportation consumption. They’re like tons of staple as a unit of food production, or calories as a unit of consumption. We don’t subsidize food based on cents per calorie.

Even as a unit of consumption, there are flaws in passenger miles as a concept, when it comes to intermodal comparisons. The reason: at equal de facto mobility, transit riders travel shorter distances than drivers….. Transit is slower than driving on uncongested roads, but has higher capacity than any road. In addition, transit is at its best at high frequency, which requires high intensity of uses, whereas cars are the opposite. The result is that transit cities are denser than car cities – in other words, need less passenger miles.

Matt Yglesias at Think Progress reckons the concept of passenger miles is borderline incoherent and senselessly biased in favour of auto-oriented road projects:

The use of passenger miles as a unit of measures embeds the assumption that the goal of a regional intra-urban transportation system is to have people travelling as far as possible. Now you could imagine a city in which individuals, firms, structures, natural resources, etc. are just strewn about at random. If that was the case, then you probably would want to organize transportation to maximize distance travelled. People would have arbitrary transportation needs, might need to get very far away, etc. But when you’re talking about a real growing city, a focus on passenger miles just implies a focus on spreading your urban area out as widely as possible.

Do these guys all make sense? I think so. Passenger miles (kilometres) are not a sensible way to compare modes. The fact that a mode endogenously fosters shorter trips should be recognised otherwise it will be put at a disadvantage. The appropriate measure is passenger numbers or person journeys. Of course these views all pertain to the US where public transport trips tend to be short and car trips long.

There’s a sting in the tail, though. In Melbourne, it’s the reverse – car trips are shorter. For example, according to the VISTA travel survey, the median distance for non-work trips is 8.5 km by car, compared to 14.9 km by public transport. These non-work trips account for around 70% of all travel in Melbourne (Vista says median work trip distances for the two modes are the same). This is also another reminder of the need for care when comparing between cities and across countries.

4 Comments on “Is “per passenger km” the right metric for comparing modes?”