← Merry Xmas (and some reflections on the blog)
Do more fast food restaurants make the locals fat? → 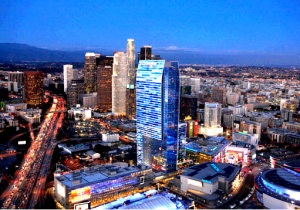 I’m not sure the potential of the brownfields basket is as great as Messrs Guy and Davidson imagine. Here are some constraints that individually might be a mere difficulty but collectively amount to a major impediment.

Not all the industrial land in the locations mentioned is disused or has no alternative use. Melbourne City Council envisages that Fishermans Bend – by far the largest of the areas cited – will be the municipality’s core industrial area. It has a strategy to “facilitate the growth of industry in Fishermans Bend (Port Melbourne) and in the Dynon Road precinct”.

The Council’s Municipal Strategic Statement describes Fishermans Bend as “a vibrant industrial precinct with head offices of leading manufacturers and nationally important clusters in aviation and aerospace and defence”.

The idea that industry is dirty, noisy and polluting (and should be dispatched to the outer suburbs post haste and replaced with nice housing) is out of date. Much of what is classified nowadays as manufacturing involves high levels of technology, knowledge and skill. And it pays well – workers in areas like Fishermans bend don’t tend to wear boiler suits anymore.

The ability to locate high tech industry close to inner city knowledge workers and to the financial, legal and technological resources of the CBD could be a key competitive strength of Melbourne. Similarly the city’s ability to accommodate very large projects (e.g. Synchrotron) in highly urbanised locations – something that requires that large sites be available – is a strength that ought to be preserved.

The 20 hectare E-Gate site on surplus railway land north of Docklands illustrates how different uses might compete for strategic sites – proposals for E-Gate include commercial uses, a football stadium and housing.

So the argument that all this industrial land is there for the taking by housing developers is not so straightforward. And the land that is available for housing might be expensive to convert. Former industrial sites are frequently contaminated. Remediation can add considerably to the cost of development. This is one of the reasons development of the paper mill site in Alphington has been delayed.

In any event, the sort of housing likely to be constructed in these locations would serve a narrow market. It would inevitably be very high density. The residential option for E-Gate, for example, envisages 6,000 people at 300 persons per hectare (compared to around 60 in the Growth Areas). Dwellings would just as surely be small, expensive and occupied primarily by small households of young professionals. Apartments in air space over railway stations like Richmond would be solely for the very well-heeled.

These locations simply wouldn’t be an option for most families and average income earners.

Nevertheless, redevelopment of strategic sites can contribute positively to the metropolitan housing market. If the young professionals who buy into new city centre developments would otherwise have bought elsewhere – say 10 km out in somewhere like Coburg – then their absence from that market is going to lower demand and moderate prices in Coburg.

This might just make Coburg affordable for a family who otherwise might have settled in more-distant Fawkner. In turn, Fawkner’s greater centrality might attract a lower income household that otherwise would settle in a lower priced part of a Growth Area. While highly simplified, this process can be seen as a ‘chain’ working itself outwards geographically (and down the price ladder).

But unfortunately this process doesn’t apply to all city centre buyers. For example, some would otherwise have been renting in a share house in (say) Coburg – so shifting one housemate into a one bedroom apartment in E-Gate won’t add another house to the purchaser market in Coburg.  Or some might have left their parents suburban home to live in Fishermans Bend, in which case they’ve not added to supply in the suburbs at all – in fact they’ve probably raised the floor area per person considerably at both addresses.

So it’s unlikely there’ll be a direct correspondence between adding a housing unit in a strategic site near the CBD and expanding supply in the more affordable suburbs.

It is a good thing to increase housing supply in the city centre but it’s important to appreciate that the total impact on the housing market won’t be that great in the context of a projected population increase of 1.8 million over 30 years. There’s an argument for looking at options for increasing higher density housing supply across a larger part of Melbourne.

* That’s surprising, because it was previously indicated that the Coalition supported higher densities in 100 inner city and suburban activity centres, within defined boundaries.

7 Comments on “What’s the angle with Fishermans Bend?”