Where are the (infrastructure) white elephants? 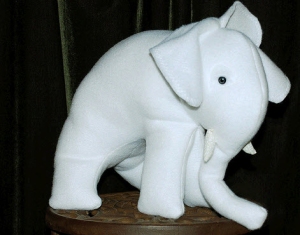 With the renewed political focus on regional development, it’s timely to think about white elephants – in this instance specifically about Infrastructure White Elephants.

Anytime politicians are excited by regional development, herds of white elephants can’t be far away. I touched on this important matter in a previous post on “visionary” projects, but now I’m interested to know which projects, if any, qualify as Infrastructure White Elephants.

To begin with I’ll use a simple definition – according to Wiki, a white elephant is a valuable possession whose level of use is low relative to its cost to build and maintain.

On that definition I’d be tempted to include Sydney’s Cross City tunnel and Brisbane’s Clem 7 under-river tunnel on my list of provisional white elephants, as initial traffic levels were much lower than forecast. Then going back a bit, other potential candidates might include the Ord River Scheme and more recently the Alice Springs to Darwin rail line. END_OF_DOCUMENT_TOKEN_TO_BE_REPLACED

Can the NBN ‘save’ our cities? 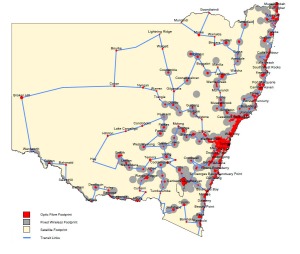 In yesterday’s post I asked if our largest capitals could grow bigger and remain liveable. Today I’m looking at the flipside – whether or not the National Broadband Network (NBN) will give regional centres the wherewithal to draw population growth away from Sydney and Melbourne.

This question is prompted by avuncular New England Independent, Tony Windsor, who argued on Q&A this week that the National Broadband Network could be a key driver of decentralisation:

“If there’s been a piece of infrastructure (if it’s done correctly) that negates distance as being a disadvantage of living in country Australia, this is it…..

“We’re going through a population debate at the moment. The election was about the people of western Sydney and western Melbourne and Dick Smith and others talking about how we’ve got to constrain the population of this nation. Nothing about regional Australia in that context. Nothing about the infrastructure out there. If we get the broadband system right it could revolutionise country living and solve some of the city-based problems”.

I’ve previously concluded (here, here, here and here) that the prospects for diverting growth from our cities to regional centres on a significant scale do not appear promising (other than if nearby regional centres become satellites i.e. de facto outer suburbs). However could the NBN, as Mr Windsor suggests, be the magic bullet? END_OF_DOCUMENT_TOKEN_TO_BE_REPLACED

It’s easy to see why that most Whitlamesque of policies – decentralisation – has been revived in this election campaign. Not only does it offer the familiar prospect of more jobs and economic activity in regional areas, it can also be sold as improving the quality of life in our crowded, heaving cities.

However I think the Minister for Sustainable Population, Tony Burke, is stretching credibility with his latest claim about what’s driving decentralisation.

Speaking at the National Press Club debate last Thursday, Mr Burke argued that the decentralisation debate is different now to what it was 40 years ago. Then, he argues, it was all about moving people to regional areas by relocating government departments. Now however decentralisation is:

“being driven by the market through the movement of retirees, through the mining boom and through the roll-out of the National Broadband Network, which allows businesses that previously could only be located in the heart of the CBD to locate in other areas”

His use of the present tense is curious because there’s little evidence of actual decentralisation away from Australia’s two ‘super cities’ – Sydney and Melbourne – to regional centres over the last five years. Sydney grew 1.4% p.a. over 2004-05 whereas regional NSW grew by 1.1%. In Victoria, Melbourne grew 2% p.a. but the remainder of the State grew 1.4% p.a.

But it’s the drivers of growth he cites that I find even more curious. END_OF_DOCUMENT_TOKEN_TO_BE_REPLACED

What will high speed rail do for regional development? 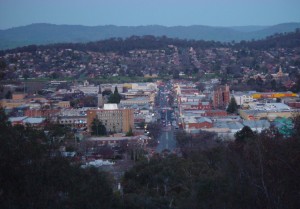 Yesterday I looked at the carbon reduction justification for high speed rail between Sydney and Melbourne. Today I want to discuss another argument – that high speed rail will promote the development of regional centres. It is argued that this could in turn relieve capital cities of much of the burden of projected population growth.

I have no doubt that improving connection times between regional centres like Albury-Wodonga and Melbourne will benefit both.

But if regional centres are to be a serious alternative for growth, they will need to provide new arrivals with jobs. The question I ask is: where are those jobs going to come from?

One way could be that regional centres provide a “dormitory” for workers who can live in the country but commute to work in capital cities like Melbourne by high speed rail. END_OF_DOCUMENT_TOKEN_TO_BE_REPLACED

The Ready for Tomorrow initiative announced by the Premier earlier this week is being sold as a way to relieve growth pressure on Melbourne.

Just why people would move to regional centres on a scale sufficient to ease the demands on Melbourne significantly is not clear, as there’s little in the announcement to suggest the Government has suddenly discovered the secret to growing jobs in the regions. 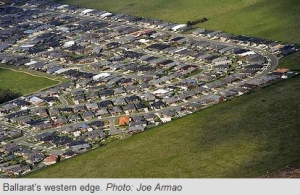 The track record of policy-driven migration in Australia is poor. The decentralisation schemes of the seventies, based on growing regional centres like Albury-Wodonga and Bathurst-Orange, were conspicuously unsuccessful in lowering growth in the major capital cities.

Decentralisation was supposed to be driven by manufacturing, which at that time was on the march out of the inner city. However rather than moving to regional centres, manufacturing largely moved to the suburbs and offshore. It now offers even less potential for underpinning decentralisation that it did 30 or 40 years ago.

I think the practical impact of Ready for Tomorrow is more likely to lie in enhancing the liveability of the regions than in giving respite to Melbourne. It is really a regional development program. As The Age’s editorial writer points out, even if the annual growth rates of the eight largest regional cities were to double, it would only relieve Melbourne of seven weeks growth.

Nevertheless, I suppose the prospect of cheaper housing and lower congestion in reasonable proximity to Melbourne may be sufficient to attract some new settlers to regional centres, especially if it is hyped as the sensible thing to do by the Government and regional councils. END_OF_DOCUMENT_TOKEN_TO_BE_REPLACED

Should Parliament move to Werribee?

Contrary to what seems to be a widely held belief, it is not an easy matter to make jobs simply materialise in places that have a shortage of employment. It is a difficult and complex business that involves much more than merely rezoning land for business use.

However here’s an outrageous shortcut for developing Melbourne’s west. Why not shift the seat of Government in Victoria – politicians, bureaucrats, departments, the whole kit and caboodle – out of the CBD to somewhere like, say, Werribee? 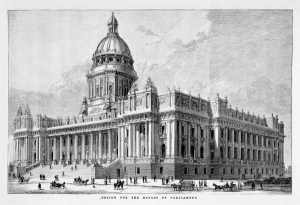 Parliament House as it was intended...

Such an action would give an enormous boost to the development of the west and reinforce the Government’s new policy of developing significant suburban activity centres. A location like the west makes sense because the weight of future metropolitan growth will have to be north of the Yarra due to environmental constraints in the south and east.

This is a shocking idea but it’s not as far-fetched as it sounds (although I don’t mean to suggest that it would be costless or easy, much less politically tempting).

The standard argument for retaining the seat of Government in the CBD is that high level strategic operations obtain external economies of scale from co-location. Thus the efficiency of government in Victoria is greatly enhanced by face-to-face contact between politicians and bureaucrats on the one hand, and captains of business on the other. Further, the CBD maximises access to high human capital workers because of its excellent accessibility, particularly by rail, from all parts of the metropolitan area. END_OF_DOCUMENT_TOKEN_TO_BE_REPLACED 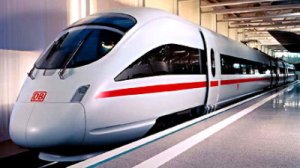 I don’t have access to whatever technical analysis the Green’s are relying on, but this seems an unlikely idea. The fact no project has yet been shown to be viable should be a warning to tread warily. I have some doubts. END_OF_DOCUMENT_TOKEN_TO_BE_REPLACED

The Shire of Melton is in two parts. The main part with a population of around 40,000 is Caroline Springs – it is contiguous with the metropolitan area. Melton township is a further 9 km to the west and separated from Caroline Springs by green wedge. END_OF_DOCUMENT_TOKEN_TO_BE_REPLACED

I watched SBS’s Insight program on Housing 36 Million earlier this week.  A theme that recurred during the program and in the subsequent on-line discussion was the idea of decentralising a large proportion of the projected population growth from the major cities to provincial centres.

Decentralisation was tried in the 70s as an alternative to capital city growth but, while it had a measurable impact on major country centres like Albury/Wodonga and Bathurst/Orange, it didn’t significantly relieve growth pressures on the capital cities. END_OF_DOCUMENT_TOKEN_TO_BE_REPLACED