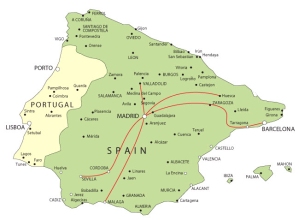 I guess it was only a matter of time before someone would see Tiger Airway’s current troubles as evidence Australia needs High Speed Rail (HSR) between Sydney and Melbourne.

That someone is a Mr Peter Appleton of Brown Hill, who wrote to The Age saying “with the halt of flights, we are back to Third World trains service – Sydney to Melbourne, 800 kilometres in 11 hours. French, German, Japanese and Chinese trains would cover the same distance in 2½ hours”.

It’s evidently escaped Mr Appleton’s attention that there are three other airlines still flying between Sydney and Melbourne – Qantas, Virgin Australia and Jetstar. Mr Appleton doesn’t need to use the train. It’s puzzling why The Age even published this letter given there’s no logical connection between Tiger Airways current troubles and the “Third World” train service between the two cities.

Indeed, another interpretation is that Tiger’s troubles are evidence of effective competition in domestic aviation, leading to lower prices for consumers. Tiger’s particular mix of price and service evidently isn’t proving attractive to enough travellers (big surprise!), but even if the company withdraws permanently from the market, we still have three operators. History suggests the possibility of another entrant to the market can’t be discounted.

Of course three operators isn’t as good as four (and Qantas and Jetstar are related), but any High Speed Rail service on the Sydney-Canberra-Melbourne route would almost certainly be provided by a single (i.e. monopoly) operator, as is the case elsewhere.

The first stage of the Federal Government’s HSR study is due this month so there are likely to be more tall stories as the lobbying intensifies. The Age ran what was in effect an advertorial on June 24 for French electricity and transport company Alstom. Just what disinterested contribution the paper expected would be provided by a company that claims to have built 650 high speed trains over the last four decades is anyone’s guess.

The Age was happy to run with the line of Alstom’s Australian chief executive, Chris Raine, that “events such as the volcanic ash cloud from Chile (have) made it all too clear Australia could not rely on aviation alone to meet its transport needs”. Unless Mr Raine has evidence that global warming is somehow leading to more volcanic eruptions, he should acknowledge that the number of flying hours lost to volcanoes in Australian aviation history is miniscule. This reminds me of those who imply earthquakes are caused by global warming! END_OF_DOCUMENT_TOKEN_TO_BE_REPLACED

– Are we too smart for High Speed Rail? 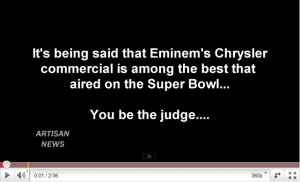 Fairfax’s on-line publication, The National Times, posted a feature on High Speed Rail (HSR) on the weekend under the heading, Is Australia too big for a high-speed rail network? The paper gives space to four viewpoints: Peter Moore and Stephen Byron are unashamed HSR boosters, Gary Johns is sceptical and Saul Eslake sits on the fence.

I’ve written about HSR before (see the Categories list in the side pane) and, with the Federal Government’s feasibility study due shortly, it’s timely to take a look at the issue of a Sydney-Melbourne HSR service again.

As usual, all sorts of benefits are claimed for HSR, such as greater comfort, quicker check-in times and the ability to use laptops and mobile phones in-journey. Saul Eslake brings a new perspective — he reckons the conventional wisdom that HSR only works over short to medium distances is outdated. He cites the Barcelona-Madrid-Sevilla AVE system which runs over 900 km, considerably further than the 700 km airline distance between Sydney and Melbourne.

As I’ve pointed out before, most of these sorts of claims are exaggerated or misapply foreign examples — and Saul Eslake’s argument is no exception. Spain’s AVE system is in effect two medium-distance services, not one long one.

The airline distance between Barcelona and Madrid is 506 km and thence from Madrid to Sevilla is 391 km. The population of metropolitan Barcelona is 4.2 million and Sevilla 1.5 million. But most importantly, Madrid is in between these two and has a population of 5.8 million. The prospects for HSR in the Sydney-Melbourne corridor would be a lot more attractive if Canberra or Albury/Wodonga were the same size as Madrid!

But these sorts of arguments are beside the point. Notwithstanding all the claimed advantages and suitabilities of HSR, travellers in the Sydney-Melbourne corridor are simply not prepared to pay enough to make HSR viable – or even remotely competitive with air – without a subsidy. This is not unusual in the world of fast trains as the great majority of HSR systems throughout the world operate with public assistance.

That might make sense in some countries where there isn’t an alternative form of public transport for inter-city travel, or if HSR provides a significant advantage in travel time. However the key to understanding the relevance of HSR in Australia is recognising that we already have an efficient and competitive airline industry providing transport for people and high value freight between Sydney and Melbourne. This is an industry that provides a fast service and pays its (financial) way.

HSR, on the other hand, is unthinkable in this corridor without government assistance to meet revenue shortfalls and to compulsorily acquire land and obtain various planning and environmental approvals. Nor does it offer a significant time saving over air. That’s why the market hasn’t just gone ahead and built a very fast train.

There have to be very, very good reasons why taxpayers should be called on to help replace a highly competitive industry with one that (a) would require a significant financial and in-kind subsidy, and (b) would very probably be run by a monopoly operator. There would also have to be good reasons to replace one form of public transport with another – and for promoting it to the top of the transport infrastructure priority list.

Putting aside political convenience, the only rational basis for subsidising HSR between Sydney and Melbourne would be to deal with the unpaid external costs of air travel.  Public funding might be justified if the benefits of HSR in terms of factors like reduced carbon emissions, noise and traffic congestion, exceed the cost of the subsidy. END_OF_DOCUMENT_TOKEN_TO_BE_REPLACED