We’ve seen some high profile examples in recent years of how hard it is to forecast patronage on new transport infrastructure.

The Cross City tunnel in Sydney and the Clem 7 in Brisbane, for example, have both performed well below forecasts. Even when it was free, the Cross City tunnel did not approach the forecast volumes of 90,000 vehicles per day. Traffic volumes on the cross-river tunnel in Brisbane fell from almost 60,000 during the free period to around 20,000 in the first week of tolling. 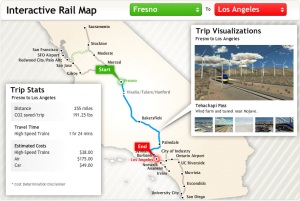 California’s planned $42 billion High Speed Rail (HSR) project provides another example of the difficulties of forecasting demand. Although there are important differences between the design of the California HSR system and proposals for a Very Fast Train (VFT) between Sydney-Canberra-Melbourne, the former nevertheless has important lessons for us. I have previously discussed the VFT here, here, here and here.

A new analysis by the Institute of Transportation Studies, University of California Berkeley, found significant problems with the demand modelling and analysis undertaken for the California project by Cambridge Systematics (CS) “that render the key demand forecasting models unreliable for policy analysis”. END_OF_DOCUMENT_TOKEN_TO_BE_REPLACED