Does the Grand Prix have to be so effin’ loud? 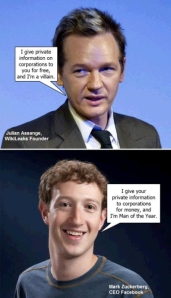 There’s an important debate going on about the net economic benefits of the Australian Grand Prix, but what I can’t get over is the noise.

The nearest point of Albert Park is 9 km as the crow flies from my house yet today I can hear it inside. It’s not loud enough to be annoying – just part of the background hum really – but I’m astounded that I hear it at all.

That makes me wonder why F1 has to be so extremely, incredibly loud. According to the cost benefit analysis published by the Victorian Auditor General on the 2005 race, the estimated peak noise level trackside reaches 125 dB(A) and 105 dB(A) at 100 metres. The report says above 70 db (A) is annoying and 115 dB (A) can cause hearing damage, although this depends on the duration and the vulnerability of the listener.

I’ve only visited Albert Park once but that was enough – I found the noise excruciating. Ditto the Gold Coast Indycar. Even with foam ear pads plus a set of those external headphone-type sound dampeners it was still plenty loud enough. At some events the organisers also send an air force jet over at low altitude, presumably to show what real noise is!

The Auditor General reckons the impact of noise from the 2005 event ‘cost’ 12,500 neighbouring households a combined $415,000 (not that they were actually compensated!).  Households within the 70 dB (A) contour suffered an estimated disamenity of $50 per week and those within the 80 dB (A) contour – where the noise level is generally regarded as intolerable – suffered $100 per week.

I’d debate the methodology but there’s some relief coming in the 2013 season when a new ‘green’ four cylinder turbo charged engine has been mandated by the Federation Internationale de l’Automobile (FIA). It will be significantly quieter than the current eight cylinder engine but it seems noise is in the DNA of the sport. F1 boss Bernie Eccelstone is at loggerheads with the FIA over the change. This week he said:

I meet people worldwide in all different walks of life – sponsors, promoters and journalists – and I think there are two things that are really important for Formula One. One is Ferrari, and second is the noise. People get excited about the noise. People who have never been to a Formula One race, when they leave you ask them what they liked, and they say ‘the noise.’ It’s incredible, it really gets to you.

With serious questions being raised about the viability of the Grand Prix in Melbourne, it’s time for Bernie to embrace this change. The Auditor General found that the costs of the event exceed the economic benefits, let alone the cash outlay. Reducing the impact on residents affected by the noise footprint might help fans retain the race. In fact the sport should go further to embrace ‘green’ thinking as I argued this time last year.

How to ‘green’ the Grand Prix

How could the QANTAS Australian Grand Prix be made greener?

This is a pretext to post on Formula One because the Australian GP is being held in Melbourne this weekend, but it’s nevertheless an interesting question (almost as interesting as this morning’s news that Lewis Hamilton was caught doing donuts in St Kilda last night!). END_OF_DOCUMENT_TOKEN_TO_BE_REPLACED

How to clean a Ferrari

I’d like to post something on F1 because the Australian Grand Prix is held in Melbourne and starts in a few days. This’ll do just fine for the moment because it’s about Ferrari. END_OF_DOCUMENT_TOKEN_TO_BE_REPLACED