Are Melbourne’s houses too big?

According to the State’s Building Commission, new houses in Victoria were 252 m2 on average in 2008-09 compared with 217 m2 in 2000-01. This report says “homes in Victoria are getting bigger, much bigger – leading to warnings that some people may be building homes bigger than they need by borrowing more than they can afford”. The Building Commissioner is quoted as saying:

The promotion of larger homes by medium and high volume builders, where added rooms are used as a marketing tool, have contributed to the increase in size……consumers are up-sold to home theatres, additional bathrooms and media rooms

I have a couple of thoughts/reactions to this.

First, some context – while there are buyers who want a behemoth like Metricon’s 49 square ‘Monarch’, almost three quarters (74%) of Growth Area buyers purchase a single level dwelling. Moreover, 70% of homes are less than 30 squares and 47% are less than 26 squares. Some are buying a “McMansion”, but most are buying something like Metricon’s Grandview.

Second, the claim that buyers are so gullible they are “upsold” to bigger homes they don’t “need” is patronising. Buyers do know what they want. Two thirds of Growth Area purchasers are buying their second home – half of this group are buying their third or fourth home. And nearly half (48%) of adult buyers in the Growth Areas are aged 35 years or more.

Third, if people are buying homes they can’t afford, that’s not primarily an issue of dwelling size. I expect over-stretched buyers would more likely be purchasing a home that’s closer to the city centre — it would be smaller than a fringe “McMansion” but cost more because of its greater accessibility. If there has been an upward movement in the proportion of people buying homes they can’t afford, the problem and the solution lie with lending policies rather than with dwelling size. END_OF_DOCUMENT_TOKEN_TO_BE_REPLACED

Why are outer suburban houses so damn big? 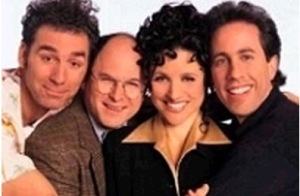 Everyone knows that Australians build the largest new houses in the world. According to the Deputy Governor of the Reserve Bank, real expenditure on each new dwelling is now 60% higher than it was 15 years ago.

Just why we need 85 m2 per person, on average, in our new suburban houses is an interesting question, especially given that the average household size in Australia has fallen.

As with most things, it’s the coincidence of a number of factors that provide the most plausible explanation, but in my view the key reason is that Australians increasingly see the purchase of a dwelling as an investment decision.

There was a time when buying a house was solely about consumption – i.e. shelter – but now it’s received wisdom that houses inexorably increase in price. They provide growing equity to borrow against in the future and capital to draw against if the unthinkable should happen.

Recent history has convinced home buyers that residential property is a good, even spectacular, investment. This reflects factors such as its tax-sheltered status, restrictions on supply, low interest rates and Federal and State home buyer assistance schemes.

From the perspective of many home buyers, a bigger house not only provides more consumption value but is seen as a sound long-term investment decision. Unlike a car, which depreciates in value, buyers assume every dollar spent on a house ultimately increases in value. A bigger house might even appreciate in value faster than a smaller house. END_OF_DOCUMENT_TOKEN_TO_BE_REPLACED