My family let our subscription to The Age lapse the other week. It’s not that $419 p.a. isn’t good value – we’d be prepared to pay a bit more if we had to – it’s just that no one in the household reads the print edition of the paper anymore. And we no longer have to pay anything to read The Age electronically!

My wife has a free six months subscription to the iPad version and I read the free online version. More often than not, the home-delivered paper version never got unrolled. So when the decision came to renew for another year there was no point in pouring another $419 down the drain.

Maybe if the circulation department had followed up with a sweetener we might’ve changed our mind out of habit or because the idea of not reading The Age every morning over coffee and croissants is ‘unMelburnian’. But the company didn’t seem overly bothered about losing us (unlike, for example, lean and nimble Crikey, who worked harder at getting me to resubscribe).

Fairfax is having serious problems with its papers. As I understand it, the Sydney Morning Herald is on the verge of going into the red and The Age isn’t far behind. For Melburnians, there is a high probability that The Age as we know it will disappear from newsstands sooner rather than later.

The problems for Fairfax, the company that owns these papers, started with the enormous drop in revenue from classified advertising. These were rightly called “rivers of gold”. Older Melbourne readers might remember the advertising slogan “icpota” (“in the classified pages of The Age”). Fairfax wasn’t very successful in adapting to the online world – companies like car.sales.com, seek.com and eBay stole its market dominance. Nor does the company seem much better today – only last year my Fairfax-owned local paper, the Banyule & Nillumbik Weekly, was blindsided by a newcomer, the Weekly Review, which took over virtually all its real estate advertising. This week the Fairfax paper is 20 pages (with one half-page real estate ad), the Weekly Review is 96 pages (with 79.5 pages of real estate ads).

Another problem for Fairfax is the well known shift of readers (like me) to online media. The company feels it has to have an online presence to “stay in the game” yet it’s too nervous to put up a paywall for fear it will lose readers to other online sites that stay free. It’s earning modest revenue from (awfully intrusive!) online advertising, but Fairfax’s experience with putting its third paper, the Australian Financial Review, behind a paywall hasn’t been positive. The AFR lost visibility because it couldn’t be accessed by search engines, giving newcomers like the online Business Spectator a free kick. From what I can gather, the financial situation of the AFR isn’t healthy either.

New Fairfax CEO Greg Hywood has a plan to turn around the ailing fortunes of Fairfax’s three major newspapers (BTW, Fairfax also owns other assets e.g. 3AW). It seems he’s proposing to put all three online papers behind a semi-permeable paywall where most content is free, but premium content requires payment. This approach would allow search engines access to the site but still leave scope to earn revenue from subscriptions. The New York Times recently moved in this direction – it offers 20 free views per month before requiring a subscription (although if you come to the Times by clicking a link on someone’s sites that doesn’t count toward your 20). END_OF_DOCUMENT_TOKEN_TO_BE_REPLACED 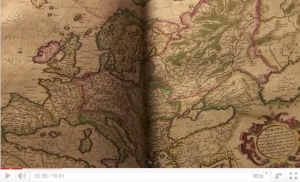 I’ve noted before that public transport patronage in Australian cities is increasing, but I didn’t realise just how dramatically it has escalated in Melbourne until I had cause to leaf through the Annual Review 2010 published by Metlink, the marketing organisation for Melbourne’s train, tram and bus operators.

This claim really caught my attention: “Metlink research shows that 74% of Melburnians use public transport to get to work, school or leisure activities”. Three quarters of Melburnians?! That’s not merely astonishing, it’s mind-boggling. It comes as quite a surprise to me, as the Department of Transport’s VISTA database says that only around 11% of all weekday travel in Melbourne is by public transport and even in the case of education, only 25% of trips to primary, secondary and tertiary education are made by public transport.

That quote can’t be dismissed as a one-off case of excessive zeal. This recent press release by Metlink also seems to strain credibility. It says Metlink has done a survey which found that “19% of Melburnians decreased their car use” in the past twelve months. It goes on to say that “62% of Melburnians (say) they will rely more on public transport than their cars” in the future. And this media statement released the same day says: “The study found that 94 per cent of Melburnians want governments to spend more on public transport……while only 68 per cent wanted taxpayer money spent on roads”.

If some of that sounds improbable, that might be because it is. One clue is in this story in The Age. The reporter, when noting the claim that 19% of Melburnians decreased their car use, also mentions that another 19% increased their car use i.e. Metlink’s survey found net car use was actually static. The reporter also asked Dr Paul Mees of RMIT for comment on another finding  – that the number of people walking more often in the past 12 months increased by 15%:

Dr Mees said he was sceptical about the dramatic jump in the number of people who claimed to be walking more, because if the 15 per cent rise were true, it would be unprecedented. ”I do feel that many people must be responding with the answer that they think the person asking the question wants to hear – it makes them feel good to answer that they are walking more,” Dr Mees said.

Intrigued by the apparent ease with which Metlink can conjure paradigm-changing numbers, I did a bit of digging around and came up with Metlink’s media kit for the survey. As is often the case with chook food, this is mainly Powerpoint slides rather than  comprehensive details about the methodology. Even with that caveat, the material suggests a few possible explanations for Metlink’s somewhat optimistic findings.  END_OF_DOCUMENT_TOKEN_TO_BE_REPLACED 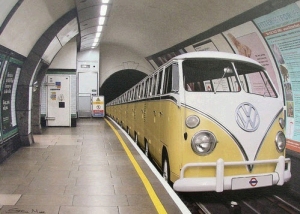 In this short clip, Jon Faine from ABC 774 takes Victoria’s Transport Minister, Terry Mulder, to task for point-scoring over the Regional Rail Link (RRL). Despite criticising the proposed new $4.2 billion rail line while in opposition, the Baillieu Government has finally announced that the project will nevertheless go ahead.

You’ve got to admire Jon Faine’s persistence in hammering away at the theme of hypocrisy. The Minister is shamelessly milking the “blame it on the last lot” mantra well beyond its ‘use by’ date and Faine accordingly seems determined to make him pay for his back-flip. Straight up, Faine asks: “You criticised (the RRL) in opposition and now you’re rubber-stamping it and the price goes up, how come?”. Then towards the end of the interview Faine sums up the situation:

So in other words the bottom line is you opposed a program in opposition that you now endorse in government; you said it wasn’t needed and now it is; it was gonna cost $4 billion, it’s now gonna cost a bit more because you’re including the cost of the trains when before you weren’t and two underpasses which hadn’t been factored in; other than that it doesn’t sound as if it was that far off target at all

That’s all well and good. However the trouble is it’s the only issue Faine addresses. He doesn’t address the substance of the RRL. He’s not interested in the main benefits – more peak hour train services in the west – the Minister says the project will deliver. He doesn’t ask if it will be money well spent or whether there might be better projects the money could be spent on. He doesn’t pursue the claim made by some that the same objectives could be achieved at substantially lower cost, or that Geelong commuters will have to travel further, or that neither of the two new stations will have electrified services.

Of course it’s very important that the media calls politicians to account on matters like hypocrisy, but there’s also a question of balance. The appetite of the media for issues of behaviour – by which I mean proprieties and manners, ethics, honesty and dishonesty, hypocrisy, corruption, law breaking, broken promises and such like – crowds out consideration of the substance of policy. Once a hot story about bad behaviour takes flight, there’s not much space for anything else to get off the ground. END_OF_DOCUMENT_TOKEN_TO_BE_REPLACED