Does the built environment determine our lives? 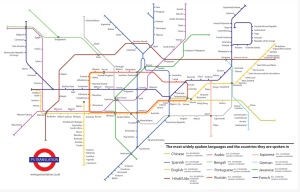 Where the most common languages are spoken

The American modernist architect, Richard Neutra, is supposed to have once claimed that if he were so minded, he could design a house for a happily married couple that would assure their divorce within six months. Or something like that.

While it’s possibly apocryphal, the story illustrates what many architects and urban designers think – design profoundly affects our behaviour and wellbeing.

It’s clear the built environment matters. It keeps out the rain, cold and unwanted visitors. And it’s equally obvious that some buildings, like churches, can move us in the same way a natural landscape can impress itself on us.

We know that some colours can affect our perceptions and possibly, in some circumstances, even our emotional state. And we know that all other things being equal, public spaces where there are “many eyes on the street” tend to have less crime and the “dark end of the street” can be a dangerous place. And you’re less likely to know your neighbours across the street if you live on a busy road.

We also know it’s a simple enough matter for designers to channel where people walk through urban places and where they are most likely to pause in the sunlight and take in the view or a latte.

But designers have a tendency to over-state the behavioural and social effects of the built environment. I don’t know what design strategies Neutra had in mind but it seems to me he would have failed miserably. Humans are remarkably resilient when it comes to adapting to different environments. END_OF_DOCUMENT_TOKEN_TO_BE_REPLACED