Is Cash for Clunkers a great big new mistake? 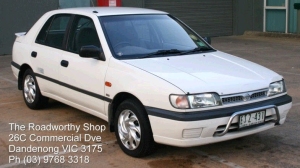 Did Julia Gillard read my post last Thursday arguing that she should take action in the election campaign to improve the fuel efficiency of Australia’s cars? Possibly not, but I wish now I’d left in the sentence saying that whatever happens, please don’t make the same mistake as President Obama and bring in a poorly-designed “cash for clunkers” program!

Now the PM has announced today her own Cash for Clunkers initiative (here and here) with the ostensible purpose of saving one million tonnes in carbon emissions (this is not an annual saving but the total over the life of the scheme).

The scheme will be financed by cutting back other programs, including the solar and carbon capture and storage programs, and the renewable energy bonus scheme (see here).

President Obama at least had the excuse that his scheme was primarily a pump-priming exercise designed to lift consumer spending in the wake of the GFC. In our context however, Cash for Clunkers looks like seriously bad policy. Even on the skimpy detail released today, it is evident there are clear failings. END_OF_DOCUMENT_TOKEN_TO_BE_REPLACED 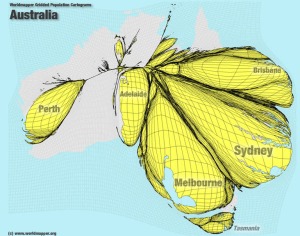 Of course bigger cities also tend to produce larger negative externalities. But the main reason that size is often accompanied by problems like traffic congestion and unaffordable housing is the failure of political and policy systems. END_OF_DOCUMENT_TOKEN_TO_BE_REPLACED

What the Population Strategy should do

I’m not surprised the Prime Minister has appointed a Minister for Population now that Australia is projected to accommodate 35 million people in 40 years time.

This is turning into a hot political issue. For example, it seems like every third comment on The Age website related to the Project Melbourne series is about population. A surprisingly large number of people think Melbourne is already too big and that issues like traffic congestion will be exacerbated by further growth. END_OF_DOCUMENT_TOKEN_TO_BE_REPLACED