Has the very fast train run out of steam?

The idea of very fast trains on the Sydney-Canberra-Melbourne corridor seems to have run out of steam after an initial flurry earlier this year when the CRC for Rail Innovation and the Greens both called on the Federal Government to fund a major concept study.

There has been very little in the popular media since that opening blast. Hence it was interesting to see author, educator and consultant, John Legge, arguing in The Age on Saturday that the figures on very fast rail add up. 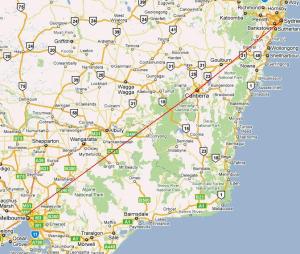 He asserts that: (a) high speed rail works in Europe, China and Japan, (b) the US is now building high speed rail projects, (c) rail is faster, more comfortable and more convenient than flying, and (d) it can be built for a mere $15 billion. Ergo, it will be an unqualified success on the Sydney-Canberra-Melbourne corridor. But he provides little in the way of evidence or argument to support these claims.

Surprisingly, Legge makes no mention of what I think is the best argument for the project – constraints on Sydney Airport’s ability to expand capacity. Even more surprisingly, he doesn’t mention the environmental benefits of rail over air until the very last line and then just in passing. His key argument is that rail would out-compete air simply because a very fast train is a more attractive product.

I don’t want to deal with everything Legge says because I’ve covered most of the arguments for and against high speed rail here and here. But I do want to take issue with a couple of the points he makes.

First, what works in other countries won’t necessarily work in Australia. Most of the routes in Europe and Japan where high speed rail is strong are relatively short e.g. London-Paris is 340 km; London-Brussels is 198 km. London, with a population of 8 million and Paris (10 million) are very big cities compared to Sydney and Melbourne. They are world cities that have huge numbers of business travellers and tourists compared to Australia (London is an ‘Alpha’ world city). Congestion in the air and on the ground makes air less competitive in those cities, particularly for short trips. END_OF_DOCUMENT_TOKEN_TO_BE_REPLACED