Does the Green’s public transport plan cut it? 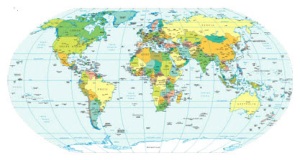 Following my review of the Greens’ Public Transport Plan for Melbourne’s East (here and here) some Green’s supporters have suggested that I should really look at the party’s broader public transport vision for Melbourne.

They’ve suggested I should examine The People Plan, which the Greens bill as their “long term vision of the Melbourne we want to live in”. It’s intended to avoid good long-term policy losing out to short-term politics.

During the week The Sunday Age also asked me about the Greens transport policies, so all in all it seemed timely to visit The People Plan.

So I have. And I’m gobsmacked. There’s barely a space on the map where the Greens aren’t proposing to run a new rail line or a new tram line, build a new station or duplicate, triplicate and quadruplicate rail lines. The scale of this plan is epic. The main components seem to be:

All of this, the Greens say, can be bought for a mere $13 billion plus additional operating costs of $333 million per annum.

I applaud the objective of making Melbourne a more liveable, sustainable and equitable city. Melbourne definitely needs better public transport. But whether this Plan is the best way of achieving that objective is doubtful. Here’s why. END_OF_DOCUMENT_TOKEN_TO_BE_REPLACED

Is unused infrastructure capacity in the inner suburbs all used up?

There was more evidence in The Sunday Age on the weekend that the spare infrastructure capacity that is widely presumed to be available in the inner city and inner suburbs has in all likelihood already been consumed.

What is unfortunate about this stubborn idea is that there are already sufficient good reasons for increasing housing density in established suburbs without having to resort to unsubstantiated and outdated beliefs.

Proposed 520 unit development, Coburg. How much 'spare' infrastructure capacity will it use?

New research by Professor Kevin O’Conner, Melbourne University, shows that the number of additional students who will be seeking enrolment by 2016 in the inner city and inner suburbs is equivalent to fourteen new schools.

However existing schools are generally at capacity. The principal of Port Melbourne primary is reported as saying “schools in this area don’t have the capacity to cope with more students….looking at my projected enrolments and those of neighbouring schools, and from what I hear about the plans for extra multistorey developments in Southbank and Docklands, we will be full soon”.

He could’ve mentioned that virtually every school within at least 10 km of the CBD already has one or more so-called temporary class rooms including, now, the two story portable, and some are using public parks for play and sport.

Unfortunately there is no credible contemporary analysis of infrastructure capacity and costs in different parts of Melbourne. As I’ve argued before (here and here), there is unlikely to be significant spare infrastructure capacity in the inner established areas. There are a number of reasons for this proposition: END_OF_DOCUMENT_TOKEN_TO_BE_REPLACED