Should (some) Melbourne golf courses be turned into forest?

As I noted yesterday, the Yarra River park system – that ribbon of green that runs north east from the vicinity of inner suburban Kew and Abbotsford to Warrandyte State Park – is one of Melbourne’s great assets. Few other cities have such a vast expanse of relatively undeveloped land threaded through residential areas so close to the city centre.

Like Melbourne’s green wedges it is used for all sorts of purposes, but rather than the sewage works, quarries and airports that sully the good name of the wedges, the Yarra River park system is mostly occupied by real “green” uses – primarily golf courses and sporting fields. At the time these facilities were established, this land was floodplain with few alternative uses. 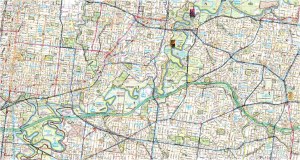 The Yarra River park system is a very special asset, but I’m not sure it’s used as well as it could be. In particular, there’s very little forest in the park. There’s a bushland area around Wilson Reserve in Ivanhoe that’s used by locals for walking, but its small and one of very few within the lower reaches of the park system.

Melbourne could however have one of the largest urban forests of any city in the world. Such an asset would provide enormous environmental, recreational and tourism benefits for the city.

If the three adjoining private golf courses at Alphington and Ivanhoe, say, were returned to native forest, it would produce a centrally located bushland region covering an area of around three square kilometres – more than eight times the area of the Royal Botanic Gardens. END_OF_DOCUMENT_TOKEN_TO_BE_REPLACED 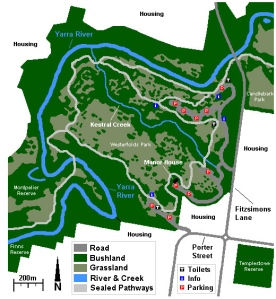 So what about my favourite city – what are the special places in Melbourne? My rule is that these can’t simply be nice places to go to if you live in Melbourne. They have to be places that are special and not readily found in other cities – they are either unique or done so well they make a lasting impression on visitors. Here’s some I like. END_OF_DOCUMENT_TOKEN_TO_BE_REPLACED