← What’s VECCI’s vision for Melbourne?
Should you look askance at climate skeptics? → 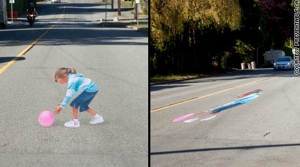 Earlier in the week I argued that public policy needs to recognise that climate change and peak oil are the least compelling reasons for investing in public transport (Public transport: time for a new paradigm?). There are far more convincing reasons, I argued, such as providing universal mobility and an alternative in congested conditions.

One of my key points was that cars will almost certainly be the dominant mode for many decades to come. There are many reasons for this, including the fact that there are potential substitutes for oil and that travellers will not easily give up the advantages of on-demand mobility.

It will also take considerable time to move our cities to a more transit-friendly urban form and improving public transport to the point where it can “take over” from the car will be enormously expensive. Of course there are also alternative uses competing for investment and attention, like education and health.

I argued that we should therefore give high priority to making cars green i.e. work toward vehicles powered by renewable energy sources with low carbon and pollution. Some people say that even cars powered by zero carbon electricity will nevertheless have enormous negative impacts. Whether that’s right or not, we don’t realistically have a choice – at least in the medium term – because the transformation from car-dependent cities to transit-dependent cities will be long and arduous.

However it is true that green cars will still present serious challenges.

The trouble with congestion is that all trips get slowed down irrespective of their value. My trip to the supermarket is as important as your trip to a job interview or an exam. If a price were charged for travelling in the peak (via say an in-car GPS-capable transponder) it would discourage trips that can be shifted to the off-peak or taken by another mode. There are issues with congestion pricing, particularly the equity effects, which I’ve discussed before (e.g. here and here), but there are ways of addressing them.

Another problem is the amount of embodied energy manufactured into cars. They may emit zero carbon and pollution in operation but release huge quantities in the factory. Unfortunately, I don’t have any data on that to hand. I don’t know if, as is the case with operating energy, public transport is much the same in practice as cars (on a per passenger kilometre basis). But since we’re stuck with cars for some time, we need to find ways to reduce their embodied energy.

Almost everyone expects the real cost of motoring to rise with peak oil and with the transition to new technologies. That seems a sensible presumption. Higher costs will help by lowering the demand for travel and hence the level of car ownership – a smaller fleet of cars will have to be used more efficiently. Taxing and regulatory systems can also be configured to reward vehicles with low embodied energy.

But a key issue will be the cleanliness of electricity in the countries where the cars we buy are manufactured. This is an example of why I argue (e.g. here, here and here) that making electricity clean should be the number one priority – it means, for example, that the energy embodied in vehicles manufactured in Australia can be generated without emitting carbon.

Another whole set of problems with cars, green or otherwise, is speed, noise and safety. Cars make urban spaces dangerous and unpleasant. That can and should be controlled by better regulation, stronger enforcement and by technological limits on the performance characteristics of cars. We will have to get used to travelling slowly – something that in any event will be inevitable due either to increasing congestion or greater use of public transport.

We might also have to get used to much more intrusive regulation – transponders measuring at least the speed and location of cars would be extremely effective in encouraging more considerate driver behaviour. There are possibly issues about civil liberties with GPS but as I understand it there are technological solutions. It’s a reminder that there’s invariably a price for living at density.

Some people worry that cars will continue the pattern of sprawl exemplified by fringe development, regional shopping centres, big box retailing and suburban business parks. What they fail to account for is that one of the very issues they see as making sprawl untenable – higher costs from, for example, rising petrol prices – is also the factor that will constrain the way green cars are used.

If green cars cost significantly more to own and operate than cars do at present – and I’m not aware of anyone who thinks otherwise – then that will encourage shorter trip distances and consequently a more compact urban form with a higher average density. If the cost of travel rises, then all other things being equal, I’d expect local facilities and services will be more competitive against bigger centres.

There is also an issue of how car-dependent households on the fringe will cope with the higher cost of travel. As it stands, only the Government seems interested in improving their lot. While public transport boosters argue for big-ticket projects like an airport rail link, high speed rail and a new rail line to Rowville, the Government has quietly introduced a number of orbital SmartBus services in the outer suburbs, including one that links Frankston to Melbourne Airport (it’s a long trip!).

This is a complex aspect of this subject which I’ll write about in more detail at another time, but it seems clear that outer suburban households will have to make the largest adaptations, whether to use public transport more or to shift to more fuel-efficient cars.