Do public transport and road pricing go together? 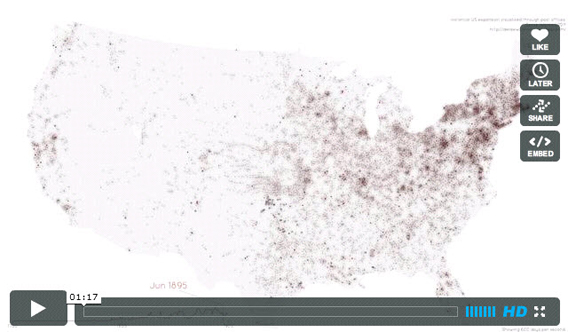 It surprises me who’s still lukewarm about congestion pricing of roads. I’d have thought the focus on the carbon tax over the last year would’ve heightened understanding of the role of the price mechanism in managing resources better. Obviously governments find it too hard politically but even organisations like The Greens and the Public Transport Users Association (PTUA) offer only heavily qualified support for congestion pricing.

The PTUA doesn’t support congestion pricing in the absence of alternatives, arguing that it would be unlikely to win community support and would be socially inequitable. It’s position is public transport must first be improved to a competitive level. The Greens take a similar view. Senator Scott Ludlum says the party believes a congestion tax “would be an unfair impost unless significant improvements to public transport and other non-driving modes of commuting, such as walking and cycling facilities, are made at the same time”.

What this means in practice is neither organisation has much to say in favour of congestion pricing – neither could be regarded as a staunch advocate of this potential reform. I think that’s a real pity because congestion pricing and improvements in public transport go hand-in-hand. They are the veritable horse and carriage – you won’t get one without the other.

Cars are a very attractive transport option, especially in our dispersed cities. But even the streets of a dense city like Manhattan are full of cars. We could wait generations in the hope that land use changes will make Melbourne so dense that cars will necessarily become a minority mode. Or we could ignore the probability that motorists will shift to more fuel-efficient vehicles or to ones powered by alternative fuels and instead bet that higher fuel prices will drive cars off  Melbourne’s roads.

But waiting and hoping aren’t a good basis for policy. Realistically, we can’t expect Australians will forego the private benefits of a car unless they’re forced to. The only reason most CBD workers don’t drive is because they can’t – traffic congestion and high parking charges rule driving out. Even so, around a quarter of CBD workers in Melbourne still drive and that proportion rises pretty rapidly to 50% and higher once you move even a few hundred metres away from the city rail loop. It would be a bit hard to argue they make this choice because public transport isn’t good enough.

Investing in public transport without simultaneously constraining the car will only achieve a modest increase in public transport’s existing 15% share of all motorised travel in Melbourne. Consider that Melbourne’s train, tram and bus system would cost an unthinkable amount if we had to build it from scratch today – hundreds of billions of dollars – yet 85% of motorised trips are still made by car. It should be obvious that simply providing the infrastructure isn’t enough.

The efficiency case for pricing is very strong and rejected by few. It’s the only practical way to manage traffic congestion. Its great virtue is that it prioritises travellers according to the value of their trip purpose. It also reduces accidents, as well as transport-related emissions and pollution.

The key concern of those with misgivings is the equity implications of congestion pricing. I don’t think it can be doubted that richer people will be better placed to buy road space. But I think there are a number of other issues that also need to be considered here. END_OF_DOCUMENT_TOKEN_TO_BE_REPLACED

Do we want cars in the city centre?

I’ve noted before that only 30% of commuters who work within the Hoddle Grid – i.e. the area bounded by Spring, Flinders, Spencer and La Trobe streets – drive to work. However only a block or two beyond the city rail loop, the share of work trips taken by car increases steeply to 50-60%, and above.

Peter Parker at Melbourne on Transit offers an explanation. Using Metlink, he found a journey from Laverton station to Melbourne Town Hall in the morning peak takes 33 minutes. However if the Laverton traveller is bound for nearby Docklands (Waterfront City), the trip takes an extraordinary 54 minutes. Anyone travelling from Greensborough station to the same two destinations would have to allow an additional 29 minutes to get to Docklands and if travelling from Cheltenham station an extra 30 minutes.

In other words, once a traveller gets off the rail system in the CBD, further travel to near-CBD destinations is very slow. This is in part because the rail loop was not designed primarily to move people around the CBD and in part because trams are slow. Peter explains:

We have trams but unlike some compact European cities we don’t have a dense metro in the job-dense 2-5km core that allows for fast local travel. Instead for the ‘last mile’ we rely on slow surface modes, notably trams and buses, often without their own right of way.

I suspect there are two key reasons for the low mode share of near-CBD areas. The first is simply that the cost of driving and parking in these areas is still reasonably low – so workers drive because they can. Perhaps there’s a high proportion of workers in the CBD fringe whose status attracts a “company car”. Perhaps also there are more institutions like hospitals with shift workers who drive off-peak. The second reason is that movement within the city centre by public transport is too slow. That’s partly because the rail loop is not configured well for intra CBD trips and partly because trams are slowed by cars, particularly at intersections.

The CBD is one of those places where I think it’s very hard to justify commuting by car, given the enormous investment in public transport infrastructure and the extremely high accessibility it provides to the rest of the metropolitan area. It’s such a vital asset to the city as a whole and to the State that its amenity should not be despoiled by the noise, fumes and danger of too many cars.

The Melbourne City Council has proposed some worthwhile improvements, such as a maximum speed limit of 40 km/hr in the CBD (although I’d prefer 30 km/hr) and a plan to eliminate cars, taxis and vans from Swanston Street (although I fear the potential for pedestrian/cyclist conflict has not been fully resolved). END_OF_DOCUMENT_TOKEN_TO_BE_REPLACED

The Japanese Mathematical Society of Traffic Flow set up this unique experiment to figure out why traffic jams appear for no apparent reason (see video). New Scientist explains:

Traffic that grinds to a halt and then restarts for no apparent reason is one of the biggest causes of frustration for drivers. Now a team of Japanese researchers has recreated the phenomenon on a test-track for the first time. The mathematical theory behind these so-called “shockwave” jams was developed more than 15 years ago using models that show jams appear from nowhere on roads carrying their maximum capacity of free-flowing traffic – typically triggered by a single driver slowing down.

After that first vehicle brakes, the driver behind must also slow, and a shockwave jam of bunching cars appears, travelling backwards through the traffic. The theory has frequently been modelled in computer simulations, and seems to fit with observations of real traffic, but has never been recreated experimentally until now.

Earlier in the week I argued that public policy needs to recognise that climate change and peak oil are the least compelling reasons for investing in public transport (Public transport: time for a new paradigm?). There are far more convincing reasons, I argued, such as providing universal mobility and an alternative in congested conditions.

One of my key points was that cars will almost certainly be the dominant mode for many decades to come. There are many reasons for this, including the fact that there are potential substitutes for oil and that travellers will not easily give up the advantages of on-demand mobility.

It will also take considerable time to move our cities to a more transit-friendly urban form and improving public transport to the point where it can “take over” from the car will be enormously expensive. Of course there are also alternative uses competing for investment and attention, like education and health.

I argued that we should therefore give high priority to making cars green i.e. work toward vehicles powered by renewable energy sources with low carbon and pollution. Some people say that even cars powered by zero carbon electricity will nevertheless have enormous negative impacts. Whether that’s right or not, we don’t realistically have a choice – at least in the medium term – because the transformation from car-dependent cities to transit-dependent cities will be long and arduous.

However it is true that green cars will still present serious challenges. END_OF_DOCUMENT_TOKEN_TO_BE_REPLACED

What should be done about cars?

I’d like to see one of our political leaders steal a march in this election campaign by promising to do something about the environmental and ‘quality of life’ issues associated with car use.

Almost everyone recognises the weakness of our current car fleet in the face of climate change and peak oil, but no one seems to want to do much about it. Most of the focus is on expanding public transport and increasing urban density – at first glance this sounds good, but even on the most optimistic view cars are going to be the dominant mode in Melbourne for a long time yet.

For example, the Victorian Government set a target in Melbourne 2030 to increase public transport’s share of motorised trips to 20% by 2020 (it’s currently around 11%). The report of the Independent Public Inquiry into a Long-Term Public Transport Plan for Sydney, which was released earlier this year, aims to increase public transport’s share of all travel in Sydney to 25% over the next 30 years (currently around 16%) and walking and cycling’s to 10% (page 152)*.

Even if petrol prices suddenly went stratospheric, it would take decades to expand public transport ‘s capacity to a level where it could handle the majority of trips. And it would still have to compete for funding with other areas of serious need like health, education and social housing. This would be more complicated if dramatically higher petrol prices were accompanied by a severe contraction in economic activity. END_OF_DOCUMENT_TOKEN_TO_BE_REPLACED