← Why does Canberra have more social capital?
Does the RACV truly think long term? →

Is there a case for freeways? 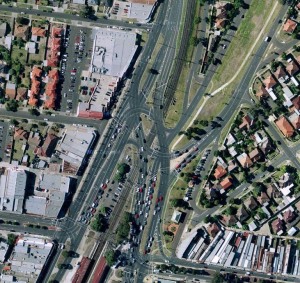 I’ve concluded before that the most plausible scenario in the forseeable future is that cars will continue to be used for the majority of trips in Australian cities. Increasingly, these cars will tend to be powered by clean energy sources and will be slower and more civilised than today’s vehicles.

I expect growth in public transport and cycling will be much faster but the absolute number of cars will very probably still increase. It is therefore inevitable that there will be continuing pressure for new freeways.

So is there any sort of case for freeways or should all new infrastructure funding be reserved exclusively for public transport, as proposed by the Independent Inquiry into Sydney’s long-term transport needs?

The key criticisms of freeways, most of which are pretty familiar by now, are that they:

In fairness, it should be acknowledged that efforts have been made to ameliorate some of these issues. Much of the investment in freeways over the last twenty years has been by the private sector. Governments have built sound barriers along new and existing freeways and the almost mandatory use of tunnels in built up areas means severance is no longer the issue it once was.

Governments have also increased expenditure on new public transport infrastructure in recent years (see here). When looked at in the context of their relative shares of the total transport task – i.e. $/passenger km – funding for new transit infrastructure is in most cases now significantly higher than that for roads (although I acknowledge there’s a well worn chicken and egg argument here).

They’re the problems, but are there any net benefits from freeways? As things stand, there aren’t many. There’s only really the beginnings of a case for freeways if two assumptions are made – firstly, that cars are required to pay the real costs they impose on others through a mechanism such as road pricing and, secondly, that they are powered by renewable, clean energy sources.

If those assumptions are made – and I’ve argued before that it’s a plausible medium term expectation – then the arguments are stronger.

One argument is that freeways reduce peak period traffic congestion. This of course is ultimately a blind alley because freeways are no more effective at “solving” traffic congestion than public transport is. There’s a temporary reduction (although this might last for a number of years, especially if the road is tolled) but eventually demand growth swamps the additional road space (see here).

However freeways do remain uncongested for far longer in off-peak periods and in the counter-flow direction. For example, although the first stage of Melbourne’s Eastern Freeway was opened more than 30 years ago, it generally still offers high speeds during the middle of the day, at night, on weekends and when travelling against the peak. I’ve had similar experiences with freeways in Perth and Brisbane.

These are important advantages as non-work trips now account for more than two thirds of all travel and the great bulk of jobs are in the suburbs. Faster speeds give people the option of either spending less time driving, or travelling further to access more opportunities within the same travel time.

But even during the peak, freeways can provide reasonably fast travel times for the many outer and middle suburban drivers who use them for intra-suburban travel.

Freeways also have the potential to divert traffic – including heavy vehicles – away from residential streets, activity centres and arterial roads, and thereby improve their amenity and safety for pedestrians and cyclists. Much of this potential advantage is currently lost because diverted traffic is replaced by other traffic, but with complementary initiatives like road pricing this could be a permanent benefit.

The importance of improving amenity on arterial roads is demonstrated by the report, Transforming Melbourne, prepared by the City of Melbourne and the Department of Transport. It argues for accommodating up to an additional 2.5 million people at high density in Melbourne by redeveloping 527 km2 of land along priority bus routes and 142 km2 along tram lines (as an aside, why is this usually referred to as a “tram lines” proposal?).

Let me reiterate that my comments are made on the assumption that cars pay their full social costs e.g. cars are “green” and demand is managed by charging for road use. Also, the arguments for freeways don’t mean that any specific freeway proposal is a good idea – each one would need to be evaluated in depth. Nor does it mean that even if the benefits exceed the costs, that any freeway will necessarily give as good a social return as a non-road proposal competing for the same funds.

It’s increasingly argued that all funding for new infrastructure should be diverted to public transport because investment in transit has been neglected and the task of providing it is immense. I say projects should be prioritised according to their net long-term benefits, not their mode. If cars are green and pay their way, roads deserve a hearing. If the average occupancy of cars could be increased to (say) two persons per trip, the case for freeways would be much more compelling.

2 Comments on “Is there a case for freeways?”