← – Are we too smart for High Speed Rail?
What makes great architecture? →

Is there a case for rail to Avalon Airport? 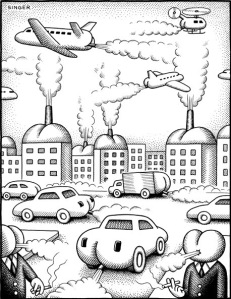 One of the great mysteries of 2010 is why the then Opposition promised to spend taxpayers funds to provide a rail service from the CBD to Avalon Airport. This wasn’t a promise to conduct a study, as was the case with the Doncaster, Rowville and Melbourne Airport rail lines, but a firm commitment to take action, with a minimum of $50 million to be spent in the first term of a Baillieu Government.

I’ve been scratching my head to come up with a rationale for this rail line, which Mr Baillieu says will cost $250 million. As I understand it, the Government will contribute the first $50 million and share the remaining $200 million with the Commonwealth and Lindsay Fox (although the size of each party’s contribution has not been revealed).

It’s hard to believe, with the range of other transport problems confronting Melbourne and a tight budgetary outlook, how this could even be on the table, much less be the Government’s highest priority.

The customary rationale for building a high capacity transport system is that current arrangements are approaching or exceed capacity. When I discussed this proposal during the election campaign last year, I noted there were only around 13 scheduled departures from Avalon on a weekday and that just 1.5 million passengers use the airport annually. This compares with 26 million using Tullamarine.These Airservices Australia figures indicate Melbourne Airport handles over twenty times as many aircraft movements as Avalon.  I went on to say:

If an Avalon train service performed at a level comparable with Brisbane’s Airtrain and captured 9% of current passengers, it would only carry 135,000 persons per year (an average of 370 per day). Skybus carries around 2 million passengers per annum.

Sita Coaches currently carries fewer than 200 passengers per day between Avalon and the CBD for $20 each. So on the face of it, it’s hard to see why public funds should be prioritised to an Avalon rail line for any reason whatsoever, much less ahead of Melbourne Airport (which is itself a long way from needing rail at this time).

One argument I’ve heard is that Avalon needs a rail line to expand its air cargo capacity. This sounds particularly unlikely to me. Just why customers would pay a large premium to send high value, low weight, high priority articles by air from interstate and overseas, only to then have them transported from Avalon to the CBD and beyond by rail, is a mystery. Couriers were invented to provide speed, flexibility and demand-responsiveness for just this sort of task. The owner of Avalon might want a rail line, but it’s not apparent that its purpose would primarily be to service air traffic. In any event, I’m not sure it would be a good idea for the taxpayer to fund rail for an airport operated by a company that has its own logistics operation.

Another possible argument for an Avalon rail line might be that Melbourne Airport has capacity constraints. This is probably the least convincing of any rationale. Melbourne Airport’s great advantage, especially compared to its key rival in Sydney, is that it has enormous potential for expansion and no curfew. It has a primary north-south runway and a secondary east-west runway with the potential to accommodate two further runways as well as additional operational areas, terminals, aviation support and commercial facilities.

It could also be argued that a rail line would be justified for transporting Geelong residents to Avalon, with rail access to Melbourne CBD a fortunate by-product. The obvious weakness with this line of reasoning is that Geelong is a very small market (the population of the entire Barwon region is under 300,000). The other weakness is that it is simply too easy to drive from Geelong, or points west, to Avalon – very few would bother to use a train.

But the argument with the most currency is that rail to Avalon would increase the competitiveness of the airport market and thereby keep the current operator of Melbourne Airport “honest” i.e. discourage the sorts of monopolistic pricing practices that the ACCC has accused the operator of engaging in with respect to parking.

Yet even if it does have potential to increase competition significantly, providing a rail line doesn’t seem an effective way of achieving it. It is important to note that travellers to and from all Australian airports overwhelmingly prefer to use cars. According to the ACCC, even at the two Australian airports that have direct train services to the CBD – Sydney and Brisbane – rail’s mode share is no higher than 10%. Melbourne Airport also has attributes that would be hard to replicate at a smaller airport – travellers can select a wide range of destinations and a wide range of carriers (although an additional airport in the south-east would be a very different proposition).

The key point however is that building a rail line to Avalon to replace the current bus service would be an awfully expensive way to address the problems at Melbourne Airport. If the operator is engaging in monopolistic practices then some form of legal intervention is the appropriate response. Avalon boosters also need to remember that whatever is done to improve its competitiveness, Melbourne Airport’s operator might respond by improving its own offering to passengers. That could leave a great big white elephant at Avalon.

12 Comments on “Is there a case for rail to Avalon Airport?”