← New book giveaway: ‘When we think about Melbourne’ by Jenny Sinclair
Are parking prices at the airport a rip-off? →

What can be learned from the English riots? 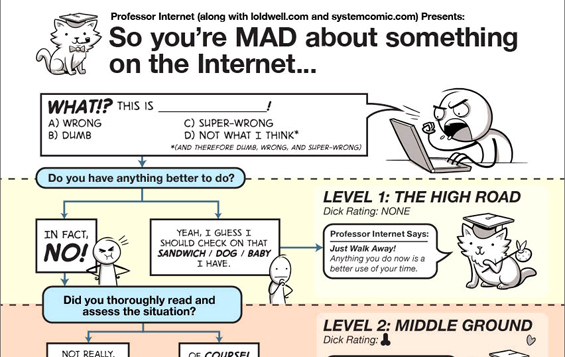 "Remember, if you're arguing on the internet, you've already lost"

A lot of the commentary published in the wake of the English riots earlier this month marvelled at the wide range of views on the underlying causes. But few had much of substance to say themselves that might enhance broader understanding of the fundamental causes of the riots.

I’ve come across three sources that I think actually do have something interesting to say about the riots, or at least offer a different perspective. One is from the new issue of the UK Architect’s Journal; one is a new op ed by urban economist Edward Glaeser; and the third is a study by the Black Training & Enterprise Group in the UK on educational attainment in the British Chinese community.

What the Architect’s Journal says……

The UK Architect’s Journal asked a number of prominent Britons with an interest in design and cities for their views about the recent English riots. Those who responded include Joseph Rykwert, Richard Sennett, Jeremy Till, Alain de Botton and Robert Taverner.

Sennett says the riots were all too predictable – “a generation of poor, young people with no future becomes a tinder box for violence”. Taverner says the riots are a sobering reminder that people make cities – “cities rely on a precarious social balance that can be wrecked by the irresponsible”.

Marianne Mueller, whose practice is involved in assessing regeneration scheme designs, says “spaces for young people and public facilities in general (nurseries, libraries, green open spaces…..) are definitely not a focus in the schemes we have been reviewing over the last few years”.

The response that most struck a chord with me is from Jeremy Till who, perhaps surprisingly for an architect, emphasises the importance of underlying social processes relative to the built environment:

At least the architects are not blamed this time, as we were with Broadwater. Nor could we be, because (quoting Simmel) the city is not a spatial entity with sociological consequences, but a sociological entity that is formed spatially. Here the riots spatialise years of ramping up of social inequality. So when my Twitter feed calls for the reintroduction of Jane Jacobs, I blanch (because space is not the solution, just the symptom) and when the Tories say it is ‘pure’ criminality, I rage (because of the implicit disavowal of their political responsibility).

Harvard urban economist Edward Glaeser has published a short op ed on Bloomberg View in response to the English riots, titled How riots start and how they can be stopped. He reminds us that not all riots are overtly related to a political grievance (e.g. the ice hockey riot in Vancouver earlier this year). He argues there’s a tipping point where the cost of rioting – in terms of the risk of being arrested – gets lower as the number of people participating gets larger:

If I decided to start rioting tomorrow in Harvard Square to express my outrage at the closing of the beloved Curious George children’s bookstore, it’s a pretty good bet that I would be immediately arrested. But if thousands of others were involved, I’d probably get off scot free. The police would be overwhelmed, and my probability of incarceration would fall to zero. Thus, riots occur when the sheer mass of rioters overwhelms law enforcement.

Professor Glaeser also provides some insights on how riots might best be managed. He cites research which compares the Paris riots of 2005 with the Republican Convention in New York in 2004, where the threat of violence was averted. Police arrested only a handful of rioters in Paris, but sought serious criminal penalties. In contrast, the New York police arrested over 1,000 people but eventually let them go:

The New York strategy protected the city; the French strategy wasn’t as effective. The lesson: Light penalties widely applied and serious penalties applied to a few can both deter unlawful behaviour. This is a central conclusion of Gary Becker’s path-breaking economic analysis of crime and punishment. But in the case of riots, it is awfully hard to actually prove wrongdoing and extremely important to clear the streets. Arresting widely and temporarily can be far more effective.

The Black Training & Enterprise Group’s study, titled What more can we takeaway from the Chinese community? (that just has to be an unintentional pun!), suggests that common explanations for poor educational performance, like ethnicity and poverty, don’t provide a complete answer. The study, which relied on official statistics from the UK Department of Education, found that 87.5 percent of British Chinese students pass the GCSE whilst their white counterparts manage only 69.6 percent. Further,

Black students from African and Caribbean descent attain a combined 67 percent respectively. Children of Indian heritage are the closest ethnic group in gaining similar levels of attainment but still only manage 82.2 percent exposing a gap of nearly 5.5 percentage points.

The authors note that black Caribbean children are over three times more likely to be raised in a lone parent household than their British Chinese counterparts. They conclude that British Chinese parents place a high value on education; emphasise effort over natural ability; give their children supplementary education irrespective of financial barriers; and limit their children’s exposure to counter-productive influences that might hinder educational attainment.

LAST CHANCE! BOOK GIVEAWAY ENDS MIDDAY THURSDAY 25 AUGUST: follow this link to be in the running for one of two copies of the new book by James Boyce, 1835: the founding of Melbourne and the conquest of Australia. Entries close midday on Thursday, 25 August.

2 Comments on “What can be learned from the English riots?”