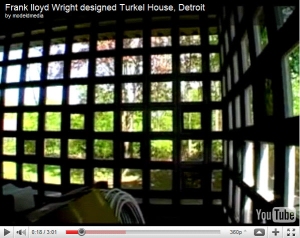 Dr Andrew Leigh reckons the massive drop in support for the ALP in NSW isn’t due to any inherent defect in party organisation but rather to the broader trend of declining social capital. I think he’s pulling a long bow. But the bigger question to my mind is whether social capital really is on the wane or whether it’s just taken a different form.

Writing in the Australian Financial Review this week, he argues that

people are failing to attend Labor Party meetings for the same reasons that activity is declining in most other political parties, in Rotary and the RSL, in unions and churches. Compared with two decades ago, we are less likely to know our neighbours and have fewer trusted friends.

The decline in social capital, he says, “is driven by several factors, including long working hours, car commuting and television”.

Dr Leigh is a former professor of economics at ANU and the author of Disconnected (best described as a sort of Australian version of Putnam’s Bowling Alone). He’s also the new ALP Member for the Federal seat of Fraser in the ACT, so it’s just possible that his take on the underlying ills of the ALP in NSW is a little less than objective.

I’m not convinced that all or even most of the precipitous fall in ALP membership can be sheeted home to people having less ‘spare’ time to devote to community activities or less need to ‘go out’. For example, I’ve pointed out before that car commuting doesn’t appear to be an issue – the median commute by car in a city like Melbourne is 30 minutes and half as long as the average commute by public transport. And I think there are often simpler explanations for declining civic participation e.g. changing demographics surely explain most of the decline in RSL involvement and better education the decline in church participation. A key reason we don’t know our neighbours as well as we used to is that cars have given us the geographical scope to be more discriminating about who our friends are.

But more importantly, I’m not sure that the jury’s back yet on whether social capital actually is declining. It’s true that I don’t know many people today who are active in the RSL, unions or churches, but I do know lots of people who participate in a host of other sorts of social activities that Dr Leigh doesn’t measure.

For example, virtually every woman I know above a certain age is in a book club and I know plenty of men-in-lycra who meet regularly to cycle and talk over coffee. People did these sorts of things twenty or more years ago, but they seem to be much more popular now. Many fewer women volunteer in the school tuck shop these days but that’s because many more are at work than twenty or thirty years ago. Work is in most cases a distinctly social activity where the need for trust, the scope for reciprocity and mutual reliance, and the opportunity to form deep relationships, is arguably much greater than in the tuck shop. Indeed, it’s hard to think of any activity as demanding of trust as market interactions, as Dr Leigh acknowledges in Disconnected. END_OF_DOCUMENT_TOKEN_TO_BE_REPLACED

Merry Xmas (and some reflections on the blog) 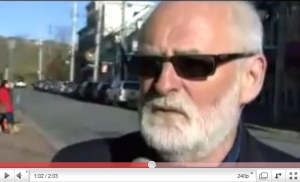 It’s time for The Melbourne Urbanist to start winding down for the holiday season. After this week, posts will flow to a trickle or even peter out while I take a holiday.

The Melbourne Urbanist has now been going for over nine months so it’s timely to pause for a moment and take stock.

The blog now gets around 2,500 ‘views’ each week. WordPress, who provide the blogging platform, say this count excludes automated searches. The busiest month was November, with 10,721 views and the trend continues upwards. That’s not quite up there with the likes of NineMSN, but I think it’s pretty respectable for a blog with a defined topic and relatively narrow geographic ambit.

It compares well with some other blogs – for example, former ANU economics professor (and now Federal MP) Andrew Leigh, who’s been blogging daily since 2004, says he gets similar numbers. It seems many of the topics addressed by The Melbourne Urbanist “travel well” – they have a reasonably broad appeal.

About a third of views are of the home page where visitors presumably scroll down and scan the first part of each post. However I measure the popularity of each individual post by the number of  ‘reads’ i.e. the number of readers who click through to “read the rest of this entry”. I interpret this to mean the reader was interested enough to keep going.  END_OF_DOCUMENT_TOKEN_TO_BE_REPLACED 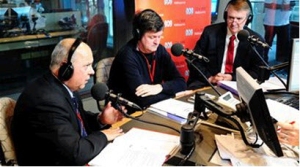 (click) John Faine interviews Pallas (ALP), Mees (Greens) and Mulder (Lib) on 774. 'Spirited' exchange between Faine and Mees at circa 29.00

In his new book, Disconnected, Dr Andrew Leigh argues that social capital, defined as the level of trust and reciprocity between people, has declined in Australia. I’m not convinced, however, that one of the culprits he fingers for this loss is guilty.

I want to look at his argument on car commuting, which I briefly alluded to once before.

He says that time spent commuting is bad for social capital because it is time not spent with family, community and friends:

Commuters are less likely to be active members of sporting clubs or community organisations. And commuting can affect family life: one in five men who works full-time spends more hours commuting than with his children

It is also negative for social capital because most commuting is done alone. Moreover, “being stuck in traffic for 45 minutes a day inevitably means a spate of small annoyances…..taken individually these are minor annoyances but as they add up, driver frustration can lead us to form an increasingly hostile view of our fellow Australians”. END_OF_DOCUMENT_TOKEN_TO_BE_REPLACED

"You are not alone" - discouraging suicide in Belgrade (click)

Personal safety on trains is a big election issue. Both major parties have promised to increase transit police numbers and to return more staff to stations.

This is not a beat up. Fear about personal safety – whether real or imagined – could seriously undermine usage of Melbourne’s trains, especially in off-peak periods. There’s a danger that negative perceptions will reach a ‘tipping point’ and assume epidemic proportions.

If the money proposed to be spent on building and operating a Doncaster rail line were instead devoted to improving security on the entire train system, I’ve little doubt it would give a much bigger pay-off in terms of replacing car trips with train.

But that highlights the other big issue with security – it adds significantly to the cost of running the train system.

The Government has promised an extra 100 transit police and 180 staff to provide a “presence” at all metropolitan stations. The Opposition is promising two armed police protective services officers on every one of Melbourne’s 200 plus stations after 6pm.

The Auditor General says there isn’t really a problem – passengers are apparently over-reacting. The number of crimes on the rail system remained constant over the last five years even though patronage grew 50%. Crime fell from 45 offences per million boardings in 2005-06 to 33 in 2008-09.

Train users might be delusional or irrational, but I doubt it. END_OF_DOCUMENT_TOKEN_TO_BE_REPLACED

Most of these changes also have benefits, so he cautions against trying to return to the past. We need new and innovative ways to build social capital. He argues that the place to look for how we might increase social capital is Canberra. This is where it gets really interesting. END_OF_DOCUMENT_TOKEN_TO_BE_REPLACED