Should replacing level crossings be given higher priority? 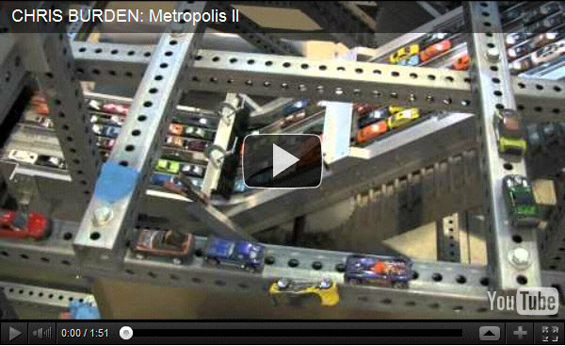 The Committee for Melbourne has called for a $17.2 billion program to remove all Melbourne’s level crossings over the next 20 years.

The Committee says just two separations of road and rail were constructed by the Kennett government and two by the Bracks/Brumby government. While Melbourne has 172 level crossings, Sydney tackled the issue years ago and now has only eight.

However the Baillieu government has given an undertaking to grade-separate ten crossings at an estimated cost, on average, of around $100 million each. The Committee reckons the private sector could pay a big chunk of the $17.2 billion cost in return for the commercial rights to each site, although the Herald-Sun warns such a move would very likely “be fiercely opposed by anti-development groups”.

There’s a lot to be said for giving a higher priority in the transport capital works program to eliminating level crossings, as they present a number of problems. One is they slow traffic, including buses and trucks. According to the RACV’s public policy manager, Brian Negus, crossings along the Dandenong line are closed for 30-40 minutes an hour during the peak, exacerbating traffic congestion. This is likely to become a bigger problem as the share of public transport trips carried by buses increases. The interaction between crossings and nearby signalled junctions is a major barrier to the efficient performance of the transport network.

Level crossings also impose a limit on the frequency of train services. There are only so many trains that can realistically be sent down a line given each service entails stopping traffic in both directions for well in excess of one minute (in Newcastle, crossings are closed on average for passenger and freight trains for between three and seven minutes!). Some crossings are forecast to carry nearly 40 trains per hour in the peak by 2021.  Another issue is traffic queuing across rail lines — as well as the occasional car/train incident — limits the efficiency of the network. Further, level crossings are a safety hazard for pedestrians and give parents a reason to discourage children from walking to school.

While I’ve not seen an analysis for Melbourne, there’s little doubt the benefit-cost ratio of level crossing elimination would be very high. I expect it would be well ahead of some other much larger transport projects, such as the Avalon, Doncaster or Rowville rail proposals.

There are nevertheless a number of issues raised by this proposal. One is the need to prioritise works – some crossings are relatively minor and simply don’t warrant expenditure in the forseeable future. Probably 80% of the benefits will come from grade separating 20% of crossings. Back in 2009, the Public Transport Users Association argued these ten crossing should be given the highest priority, given their impact on road-based public transport:

That’s a particular perspective, yet it matches some of the RACV’s priorities. Last year the RACV said the four worst crossings in Melbourne are in High Street near Reservoir station, on Burke Road near Gardiner station in Glen Iris, on Clayton Road next to Clayton station, and Murrumbeena Road near the station. The Dandenong rail corridor also figures high in the RACV’s priorities.

I’m not sure there is as much value in development rights as the Committee for Melbourne imagines. Many level crossings, perhaps most, may not have enough suitable land available for development after meeting grade separation and operational needs. The most promising opportunities are probably where the rail line rather than the road has been lowered, but this can be expensive. Many of those that do have land available may be in locations considered unsuitable for development by planners. And let’s be clear that development in air space over railway lines is a fantasy – it’s simply too expensive in all but an extremely small number of cases. For practical purposes, development in air space is not an option. END_OF_DOCUMENT_TOKEN_TO_BE_REPLACED