Does My School have lessons for planners?

The brouhaha over My School is an important lesson for those of us interested in geography because it demonstrates how misleading a reliance on average values can be.

In a previous post, Limitations of My School, I pointed to some problems with the Index of Community Socio-educational Advantage (ICSEA) used on the My School web site. In particular, I was surprised to find that prestigious Melbourne Grammar scored much the same on ICSEA as nearby State school, Camberwell High.

This unlikely result was because each school’s ICSEA rating is calculated from the social and economic characteristics of the Census Collection Districts in which its students live. 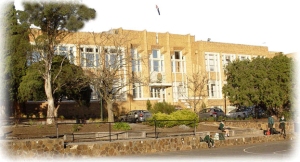 The problem is that although the average socioeconomic status of Camberwell and surrounds is very high, there are nevertheless significant numbers of residents whose incomes don’t extend to finding upwards of $20,000 per annum in post tax income to fund a private school education for each of their children.

In other words, Camberwell High ranks highly on ICSEA because its students live in ritzy areas, not because the students themselves come from relatively well-off families (although some former students, like Kylie Minogue, have gone on to considerable financial success).

What this tells us is that not all households within a cluster of contiguous suburbs earn the average income – there’s considerable variability even though the suburbs might, on average, be quite affluent.

To throw further light on this issue, I looked at the incomes of families in Ivanhoe East at the 2006 Census to try and get a handle on the degree of variability in income within a small geographical area. Ivanhoe East is around the same distance from the CBD as Camberwell and has 984 families. It has about six times as many dwellings as a Census Collector’s District (Camberwell has 5,011 families). END_OF_DOCUMENT_TOKEN_TO_BE_REPLACED