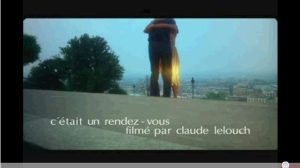 The Age editorialises (21/11/10) that Melbourne 2030 is effectively dead and I agree. The latest nail in the coffin in The Age’s opinion is the apparently burgeoning growth of housing in townships and hamlets located in the peri urban area outside the Urban Growth Boundary (UGB).

I’ve argued before that this sort of “decentralisation” is poor policy (e.g. here and here). But I also think The Age has tended to ‘catastrophise’ the scale of the problem, especially with its highly misleading contention that Melbourne has “sprawled 50% beyond the official growth boundary, spanning 150 kilometres from east to west”.

However what interests me at the moment is why Melbourne 2030 failed. The key reason in my view is that it blithely assumed that enough affordable dwellings – mostly town houses and apartments – could be provided within the established urban areas to avoid the need for the UGB to be extended.

This objective was never realistic for a number of reasons. END_OF_DOCUMENT_TOKEN_TO_BE_REPLACED