Are McMansions about class warfare? 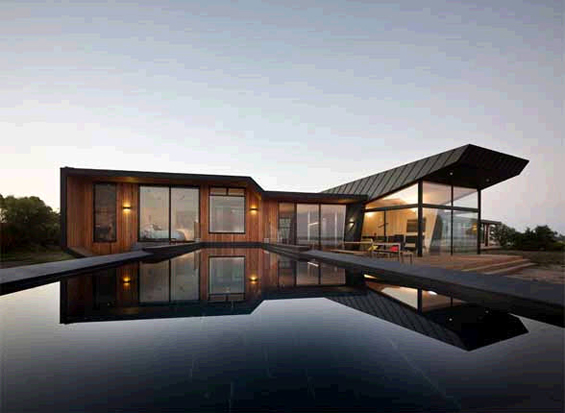 It's big, but who would dream of calling it a McMansion? It's Beached House, a winner in this year's Victorian architecture awards

There was a very interesting trans-blog discussion over the weekend about one of my favourites topics – McMansions. It started earlier in the month when Helen at Blogger on the Cast Iron Balcony decided to “call bullshit on the popular story that criticising McMansions is equivalent to sneering at the working class, and denying them the good things in life”. She goes on:

In this narrative, the people championing the McMansion are the true socialists and stand with the working man and woman in their quest for a truly equal society.

She reckons it’s nothing to do with class. Her alternative interpretation is that McMansions are objectively just plain bad. That’s partly, she says, because they’re shoddily built, partly because they’re environmentally greedy, and partly because buyers are unwittingly duped by advertisers and marketers into wanting these big status machines.

Don Arthur at Club Troppo picked up on Helen’s post in passing on Friday in his regular Friday Missing Links. He must’ve been intrigued by the debate because he returned on Sunday with a nice, measured commentary on the topic, Together alone, why McMansions appeal.

I’m not going to get into the detail of this debate because I’ve looked at it before (e.g. see here, here, here and here, or go to Housing in the Categories list in the sidepane for a larger selection). However I do want to summarise in twelve simple points what I think are the salient matters in this ongoing debate.

One, what we call a McMansion in Australia is modest compared to the way the term is used in the US where it originated. In the latter McMansions are palaces, but here in Australia, any outer suburban two story home and garage produced by a developer, whatever its size, seems to attract the pejorative, McMansion.

Three, the great majority of fringe dwellings don’t fit the popular definition of a McMansion. For example, in Melbourne, more than two thirds of all houses built in the Growth Areas are single story (however for some critics that means little – they implicitly regard all detached fringe houses as McMansions).

Five, fringe area McMansions aren’t appreciably bigger, if at all, than all those renovated detached homes within established suburbs. The latter have the advantage of larger sites, so there’s scope to extend further. When account is taken of relative household size, the difference in per capita space between McMansions and established homes – such as those occupied by empty nesters – is likely to be even smaller.

Six, there’s no evidence McMansions are more shoddily built than smaller fringe dwellings, or apartments for that matter. That’s just out and out prejudice. END_OF_DOCUMENT_TOKEN_TO_BE_REPLACED