Do cities have a distinctive ethos? 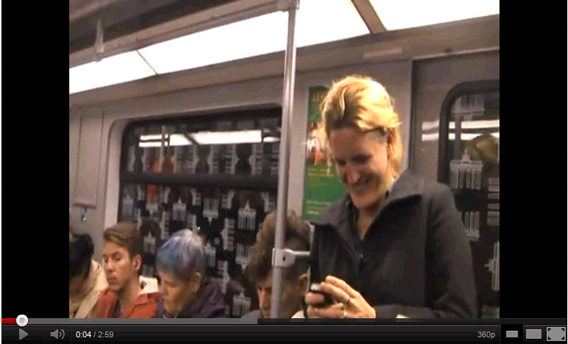 What are they laughing at? Some Xmas cheer - the Berlin Laughter Project

City managers love a catchy idea. Ten years ago it was “creative cities”; next it could be the idea that cities should discover their own “ethos” to protect them from the homogenisation of globalisation.

Avner De-Shallit and Daniel A Bell have just published a new book, The spirit of cities: why the identity of a city matters in a global age, which they say revives the classical idea that a city expresses its own distinctive ethos separate from its national affiliation. They take their definition of ethos from the Oxford dictionary: “Ethos is defined as the characteristic spirit, the prevalent tone of sentiment, of a people or community”.

Bell and De-Shalit draw upon the richly varied histories of each city, as well as novels, poems, biographies, tourist guides, architectural landmarks, and the authors’ own personal reflections and insights. They show how the ethos of each city is expressed in political, cultural, and economic life, and also how pride in a city’s ethos can oppose the homogenizing tendencies of globalization and curb the excesses of nationalism.

You can get a sense of what the whole idea is about from this transcript of a public seminar on The Spirit of Cities the Grattan Institute conducted with Professor Bell on 4 October 2011. You can also read the first chapter of the book, titled Civicism, and some of the chapter on Jerusalem, at Amazon (use the ‘look inside’ option). Chapter one is instructive because it sets out the rationale, theory and methodology, with subsequent chapters discussing each city in turn.

It’s an interesting idea, but I remain to be convinced. For starters, separating national from city-level characteristics is a minefield. As if to reinforce this difficulty, De-Shallit and Bell mess it up from the outset. They select Singapore as one of their examples even though it’s a city-state. Arguably, Hong Kong was too up until relatively recently.

And what, in practical terms, do we settle on as a city’s intrinsic ethos? I don’t find the discovery that Jerusalem is a city of religion, or that diminutive Oxford (population 165,000) is a city of education, provides any greater insight into these places than the discovery Karratha is a mining town. All that tells me is these are their dominant industries – that’s not telling me about the spirit of the place.

And if Bejing’s ethos is political power, that’s also true of most of the many other places that specialise in government, like Washington DC and Canberra (and there are many of them – for example, 33 capital cities in the US are not the most populous city in their State. Olympia, the capital of Washington State, has a population of just 50,000). Perhaps the hand of politics feels heavier to the outside observer in Beijing, but if so, that could be because of a national-level characteristic – it’s a communist state – rather than a city-level one.

It’s also very hard to separate out what’s city branding/marketing and what is the characteristic spirit of a place, or the collective aspirations and beliefs of its residents. New York is certainly a world power in finance and media and has marketed itself accordingly. But does “ambition” permeate the lives of all those New Yorkers – the great bulk of the city’s population – who aren’t “Masters of the Universe” e.g. the teachers, doctors, suburbanites, shop assistants, retirees, truck drivers, stay-at-home parents, people living in “the projects”? I don’t think so.

Similarly, does “romance” permeate all walks of life of Parisians or is it something projected onto the place by visitors (and maybe helped along with some savvy Gallic marketing)? END_OF_DOCUMENT_TOKEN_TO_BE_REPLACED