Is bike-share the safest way to cycle? 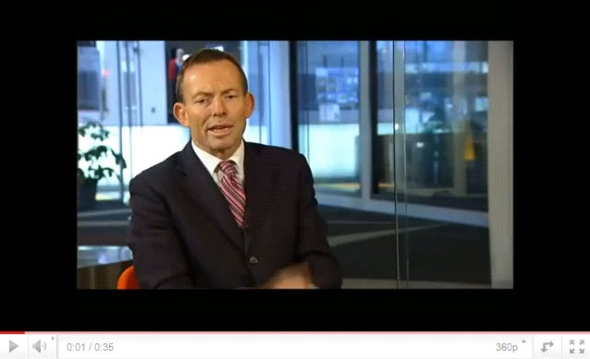 Abbott recants and embraces a tax on carbon - "if you want to put a price on carbon why not just do it with a simple tax?"! The Melbourne Urbanist is not politically partisan, but gives credit to any politician who shows this sort of courage! (wow, the things they can do these days with a bit of smoke and a few mirrors! Remarkable)

According to this story, riders of share-bikes are involved in fewer accidents and sustain fewer injuries than cyclists who ride their own bikes. The author provides an impressive array of examples.

In Paris, Velib riders account for a third of all bike trips but are involved in only a quarter of all bike crashes. In London, the first 4.5 million trips on the new “Boris bikes” resulted in no serious injuries, whereas the same number of trips on personal bikes injured 12 people.  The situation in  DC is similar:

In its first seven months of operation, Capital Bikeshare users made 330,000 trips. In that time, seven crashes of any kind were reported, and none involved serious injuries. In comparison, there were 338 cyclist injuries and fatalities overall in 2010, according to the District Department of Transportation, with an estimated 28,400 trips per weekday, 5,000 of which take place on Capital Bikeshare bikes.

So it seems likely that Melbourne Bike Share’s unloved Bixis are at least a safer way to travel than ordinary bicycles. The implication of the story is that upright bicycles may be safer than the racers and mountain bikes we’re used to in Australia. That might sound plausible on first hearing, but I’m not so sure.

What strikes me straight up about these numbers is that relative trip rates don’t provide a valid basis for comparison. The only sensible measure is “accidents per km” because it indicates the relative exposure to potential accidents. Share-bike riders pay more the longer they rent the bike, so they have an incentive to take relatively short trips. On the other hand, I think it’s very likely personal riders travel longer distances – e.g. for commuting or leisure – and accordingly have greater exposure to potential accidents.

That doesn’t “disprove” the claim that share-bikes are safer than ordinary bikes, it just says the quoted statistics don’t tell us if they are or they aren’t. But for the sake of argument, let’s suppose share-bikes are safer, even if the difference is less dramatic than the quoted numbers suggest (intuitively, I suspect they actually are a bit safer on a per km basis). But if so, what is the underlying reason? Is it some intrinsic quality of share-bikes? After all, they’re heavier and therefore slower than ordinary bikes so that might explain it. Another reason might be their more upright riding position, which makes them more visible to motorists.

These explanations could have some role, but I think there are more obvious reasons why share-bikes might have a lower accident rate (if in fact they actually do).

One is that shared-bike schemes are focussed on inner city areas where traffic tends to be slower – and cycling infrastructure better – than it is in the rest of the metropolitan area. Riders of personal bikes have a wider geographical ambit and are therefore more likely to use roads with faster traffic.

Another reason could be that bike-share riders are different to cyclists generally. I expect they’re likely to be more risk averse by disposition. Many will be tourists who’re older and only occasional riders, so they’re probably more cautious cycling with traffic. Young men in the risk-taking 18-25 years age group would make up a smaller proportion of bike-share users.

There’re also likely to be fewer children using bike-share and those that do are more likely to be supervised by parents. This is an important point, because children tend to be over-represented in bicycle accidents.

There’s a nascent movement in Australia promoting a shift to the sort of upright bicycles familiar in Europe and used here in Melbourne Bike Share. I think it’s got good prospects and if it can also help to “regularise” bicycles as a form of transport rather than solely as a means of recreation, that’s a good thing. Nevertheless, it doesn’t seem likely that the style or type of a bicycle has the largest impact on cyclists’ safety – that will still largely come down to familiar policies like better infrastructure and better drivers. If upright bicycles were able to attract many more people into cycling and hence amplify the “safety in numbers” effect, then they really would contribute to safety. But that’s a big “if”.

5 Comments on “Is bike-share the safest way to cycle?”