← Are neighbourhood bookshops doomed?
Why are “Tribeca” and “Madison at Upper West Side” in Melbourne? →

Why is housing in European rural villages so dense? 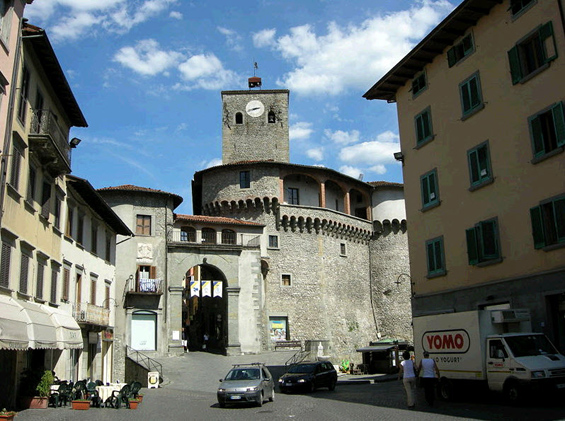 I can’t let the Tour de France go by without finding some way to reference this great spectacle and Cadel Evan’s singular achievement.

Something I noticed watching the Tour is how traditional French country villages have relatively high density housing compared to Australian country towns. I’ve seen the same pattern in the Italian countryside – villages of three storey (or more) apartments set within productive agricultural land.

Yet in contrast, Australian country towns are predominantly detached houses on large lots. Only the odd commercial building – like pubs – is two storeys. Why didn’t town dwellers in Australia choose to live in multi-storey buildings like Europeans?

I don’t know the answer but it’s worth thinking about and so I’m hoping someone does. There’s a host of potential explanations. It might be the car, yet parts of Australian country towns that pre-date motorisation are lower density than their European equivalents. It might have something to do with differences in the value of agriculture, yet there are some Australian towns where agriculture must’ve been of comparable or higher value than many areas of Europe e.g. wine growing regions.

Perhaps building materials were generally harder to get than in Australia – i.e. more expensive –and this encouraged smaller dwellings. Maybe the more extreme climate had an influence too, giving residents an incentive to cluster buildings for better insulation. I also wonder if there was a different tradition of village housing in England compared to the rest of Europe that was followed by early settlers in Australia.

Perhaps it was driven as much by politics as by anything else. I recently read Peter Carey’s Parrot and Olivier in America, which is loosely based on the book, Democracy in America, which French aristocrat Alexis DeTocqville wrote after touring the young democracy in the early 1830s. I was struck by the enormous gulf in the world views of the aristocracy and the common people in France at this time. So perhaps it was in the interest of the local aristocrat in country areas to maximise the amount of land in agricultural use and minimise the quantity of land and resources devoted to housing the peasants. However once the “common man” settled in the New World he could make his own choice about how much space to devote to housing and how much to agriculture.

As I say, I don’t know but I’d be interested to hear other’s views.

11 Comments on “Why is housing in European rural villages so dense?”