← Is this building offensive?
Are these contenders for ‘spin doctor’ of the year? →

Does it cost less to drive to work than catch the train? 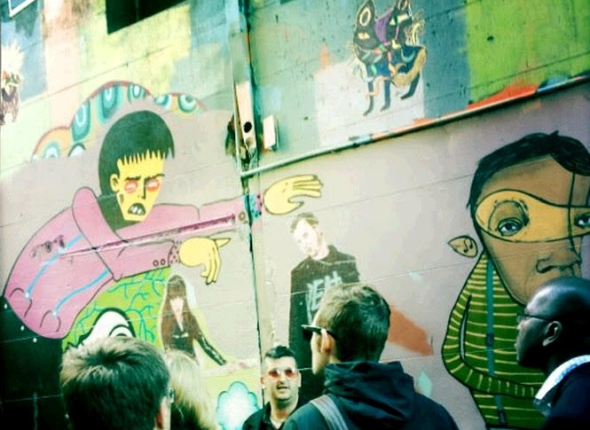 The Public Transport Users Association (PTUA) is keen to make the case that it costs more to travel by public transport in Melbourne than it does by car. The PTUA says above-inflation fare rises over the last decade mean public transport now costs much more than “petrol in the car” for many trips.

The PTUA might take some moral support from this op-ed in The Age this week by journalist Gabriella Costa (the paper calls it an ‘Analysis’). Like the PTUA, she also argues that commuting by car is cheaper. She says the 9% fare increase announced this week by the Government will make driving a better option. Her contention is that, “even loosely, the maths just don’t add up” for rail:

And it’s a simple equation. A Metro daily ticket from a zone 2 station into the city? $11.90 from January 1. Petrol from home to work and back? two to three litres. Parking: less than $10 a day on the city’s edge.

Ms Costa doesn’t actually do the maths, so I have. Unless she gets her petrol for free, even on those numbers it still costs less to take the train to the city than drive! Petrol at $1.35 per litre is $4.00 a day, plus $10 for parking. Even loosely, that adds up in favour of the train! But as we all know, there’s more to the financial cost of driving than just petrol and parking, so I’ll try to do a tighter estimate.

Ms Costa’s example is based on her own circumstances. I know from her article that she lives in St Albans, near Giniver station in Zone 2. By her estimate, she’s 17 km by road from where she works in the city (presumably at The Age HQ in Spencer St). I’ll assume she commutes 220 days a year after taking rec leave, public holidays, sick leave, the odd day off, a bit of work-related travel and weekends into account. If she drove to work on every one of these 220 days she’d therefore travel 7,480 km in a year.

I’ll assume she drives the cheapest vehicle you can buy new in the small car class, a Hyundai i30. According to the RACV, operating costs of this vehicle for fuel, tyres and servicing, are 16.6 cents per kilometre, giving her an annual commuting cost of $1,224. That’s conservative because the fuel component is based on a city-country average – commuting in busy traffic is thirstier work.

Add to that parking at $10 per day for 220 days and her all up cost for a year of commuting by car to the CBD totals $3,444. That’s still quite a bit more than the cost of catching the train from St Albans, even under the new fare structure that takes effect from 1 January.

And if she lived any further out the cost of train travel would stay the same but driving would cost considerably more. If, for example, she lived in Pakenham (since she mentions it in her article) her annual expenditure on driving would increase to $6,371 p.a. because it’s 57 km from her workplace. But the cost of the train would be the same as it is from St Albans, since both stations are in Zone 2.

It’s important to note that I’ve only considered variable costs, specifically parking, fuel, tyres and servicing – I’ve taken no account of the cost of owning the car. But it makes no sense to ignore standing costs, because if she doesn’t actually have a car she can’t drive to work! The RACV says the annual standing cost of a Hyundai i30 is $5,668, made up primarily of depreciation, interest, insurance and registration.

If I assume commuting accounts for half of her total annual travel by car (i.e. she drives 7,480 km to work each year as well as doing a further 7,480 km p.a. in non-work travel), then the standing costs that should be attributed to her journey to work come to $2,834.

However judging from her article, Ms Costa would likely take the view that since she (apparently) already owns a car, none of the standing costs should be attributed to commuting. That’s a common perception. If people already own a car, they tend to see the standing costs as sunk, since they don’t have to shell out more on things like rego and insurance in order to make the marginal trip.

For example, consider this letter to the Herald-Sun cited approvingly by the PTUA. A Mr Kelly-Grimshaw writes:

….if you take into account the cost of registration, insurance, maintenance and the total cost of the car then public transport would be much cheaper (than driving). But you would need to pay these costs regardless, as the car still exists for use on the weekends.

There’s some perceptual bias in the “reptilian” part of our brains (what psychologist and Nobel laureate Daniel Kahneman calls System 1) that’s quite happy to load the entire standing costs of car ownership on to some travel (in this case “weekends”), but not all of it.

Even so, putting an extra 7,480 km of commuting on the clock each year would certainly have a significant impact on the resale value of Ms Costa’s car (it would be an additional 25,000 km p.a. if she lived in Pakenham!). Depreciation is the single biggest item in the RACV’s estimate of standing costs, amounting to $2,677 p.a. for the Hyundai i30.

So I think it would be hard to ignore depreciation, at least when it was explained. In fact, it’s arguably a flaw in the RACV’s methodology that mileage-related depreciation isn’t treated as a variable cost.

Here are some options for Ms Costa. On the assumptions I’ve used above, her total transport cost for all purposes will be $12,556 per year if she drives to work. If instead she leaves the car at home and commutes by train using a myki Yearly Pass, her total annual transport costs will be $8,933 ($9,350 with a myki Daily Cap).

However if she could manage to live without a car in St Albans she’d save some serious money. After spending $2,021 for a myki Yearly Pass, she’d have a lot of money “left over” for taxis, walking shoes and perhaps bicycle maintenance.

The main situation where driving really gets competitive with the train in terms of financial costs is if the traveller gets free or heavily subsidised all-day parking. That’s evidently not the case for Ms Costa or for the great majority of CBD workers.

However many suburban workers (and most jobs in Melbourne are located in the suburbs) do get free parking. But in their case the time and convenience advantages of cars over public transport are generally so great that the price of fares, much less a 5% real increase, is not the key issue.

As an aside, I think the fact that commuters can readily find parking on the edge of the CBD for $10 a day, as Ms Costa reports, is an important issue. That’s worth discussing another time.

P.S. I was right about the PTUA taking support from Ms Costa’s article – see letter to The Age on behalf of the PTUA from Tony Morton.

14 Comments on “Does it cost less to drive to work than catch the train?”