Here’s a simple but stylishly written and persuasive piece on climate change. It’s a short speech delivered to an audience of big business and investors in London in 2005 by Nobel Laureate and physicist, Professor Michael Beard, famous for devising the Beard-Einstein Conflation. 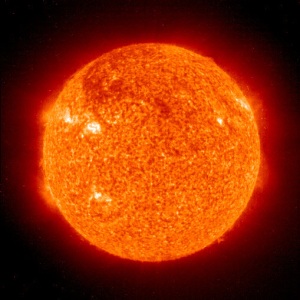 I can’t locate an on-line copy of the transcript of the entire speech so I’ve typed up just the first few paras:

“The planet is sick. Curing the patient is a matter of urgency and is going to be expensive – perhaps as much as two per cent of global GDP, and far more if we delay the treatment. I am convinced and I have come here to tell you, that anyone who wishes to help with the therapy, to be a part of the process and invest in it is going to make very large sums of money, staggering sums.

“What’s at issue is the creation of another industrial revolution. Here is your opportunity. Coal and then oil have made our civilisation, they have been superb resources, lifting hundreds of millions of us out of the mental prison of rural subsistence.

“Liberation from the daily grind coupled with our innate curiosity has produced in a mere two hundred years an exponential growth of our knowledge base. The process began in Europe and the United States, has spread in our lifetime to parts of Asia, and now to India and China and South America, with Africa yet to come. All our other problems and conflicts conceal this obvious fact: we barely understand how successful we have been. END_OF_DOCUMENT_TOKEN_TO_BE_REPLACED