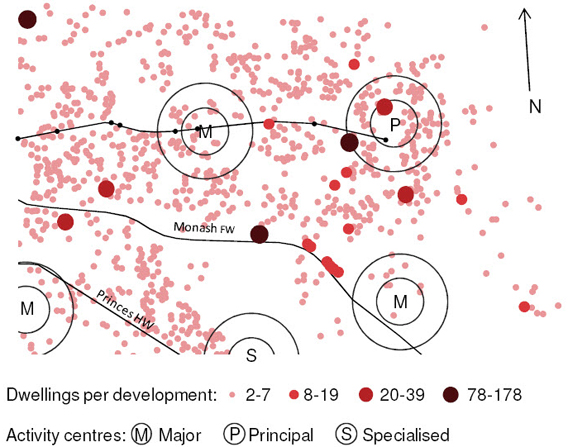 Thus not only are activity centres failing to expand housing supply in accordance with the precepts of Melbourne 2030, but the great bulk of new housing being built in Monash isn’t located close to activity centres but rather is dispersed (relatively uniformly too judging by the exhibit i.e. non-randomly).The dispersed pattern will worry some, but I don’t see it as a big issue. END_OF_DOCUMENT_TOKEN_TO_BE_REPLACED