Suburban sprawl is often linked with rising obesity – for example, see this submission to last year’s Urban Growth Boundary Review from Kelvin Thompson, Labor Member for the Federal seat of Wills, or this article in the Sydney Morning Herald.

The customary argument is that because the incidence of obesity is lower in the inner city where densities are higher, it follows that low density outer suburban development is the cause, or at least a very significant contributor, to obesity. 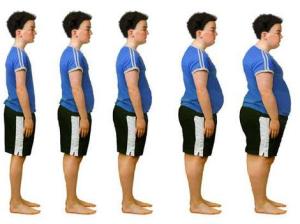 At first glance this seems to make some sense. For example, only 1.1% of workers in Melbourne’s outer suburbs walk to work, compared to 12.9% in the inner city.

But for all its faults, is it reasonable to put the blame for obesity on sprawl?  No, it isn’t reasonable. We would we better off focusing our energies on the real issues associated with sprawl rather than being distracted by sideshows.

The key reason is that what goes in our mouths is more important than how much we exercise. You have to walk the dog for an hour and a half, or cycle for an hour, to burn off the calories in just one Big Mac.

The inner city has a lower incidence of obesity primarily because the residents eat better. And they don’t eat better because of higher density but because they have higher incomes than residents of the outer suburbs and, importantly, higher levels of education. They are more likely to know about the importance of good eating and they are more likely to be able to afford to eat better food. They also have smaller households on average so it’s easier to cook healthy food at home rather than go out for fast food. END_OF_DOCUMENT_TOKEN_TO_BE_REPLACED

END_OF_DOCUMENT_TOKEN_TO_BE_REPLACED

This is a common view. In June last year The Age’s editorialist said “Melbourne’s population of 4 million already sprawls across roughly 100 kilometres in all directions, occupying a bigger area than much more populous cities such as London or New York”. END_OF_DOCUMENT_TOKEN_TO_BE_REPLACED

Does sprawl cause obesity?

I’m unconvinced by the argument that suburban sprawl is obesity’s best friend. I’m equally suspicious that higher density living is justified as a sensible response to obesity, as this story in the Sydney Morning Herald, How City Living Fights the Waistband Sprawl, contends.

It’s not that I doubt there’s a correlation between obesity and distance from the city centre. The SMH story reports University of NSW researchers as finding that “those living in the outer suburbs were 30 to 50 per cent more at risk of being overweight and 40 to 60 per cent less likely to be physically active than their inner-city counterparts”.

Nor do I doubt that the physical environment might have some role. After all, 13% of inner city residents in Melbourne walk to work compared to just 1% in the outer suburbs.

But how much of this difference is due to low density living? Is the relationship causal?

Even at first glance, weight gain seems to me to be much more sensitive to what you eat than what you do (or don’t do). For example, you have to walk the dog for an hour and a half, or cycle for an hour, to burn off the calories in just one Big Mac. Isn’t it likely that all those suburban families eat more fast food than inner city latte sippers?

So differences in diet are probably a much more significant factor explaining obesity than low density living. END_OF_DOCUMENT_TOKEN_TO_BE_REPLACED

Infrastructure costs on the urban fringe

It is amazing how quickly supposed facts become accepted wisdom. A feature article in The Age last week, Fringe Benefits, repeated the highly questionable claim that “for every 1,000 dwellings, the cost for infill development (in existing suburbs) is $309 million and the cost of fringe development is $653 million”. END_OF_DOCUMENT_TOKEN_TO_BE_REPLACED